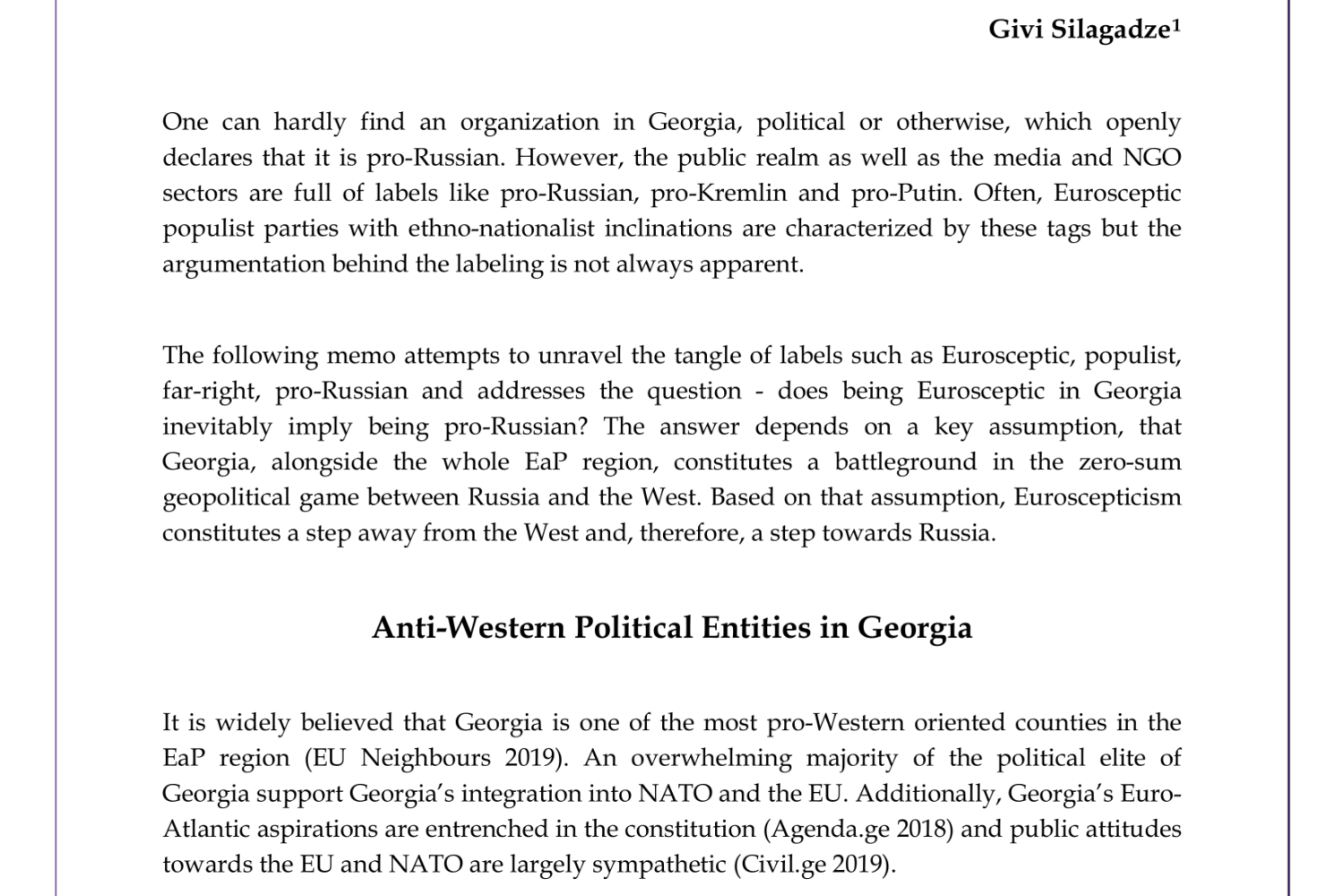 One can hardly find an organization in Georgia, political or otherwise, which openly declares that it is pro-Russian. However, the public realm as well as the media and NGO sectors are full of labels like pro-Russian, pro-Kremlin and pro-Putin. Often, Eurosceptic populist parties with ethno-nationalist inclinations are characterized by these tags but the argumentation behind the labeling is not always apparent.

The following memo attempts to unravel the tangle of labels such as Eurosceptic, populist, far-right, pro-Russian and addresses the question – does being Eurosceptic in Georgia inevitably imply being pro-Russian? The answer depends on a key assumption, that Georgia, alongside the whole EaP region, constitutes a battleground in the zero-sum geopolitical game between Russia and the West. Based on that assumption, Euroscepticism constitutes a step away from the West and, therefore, a step towards Russia.