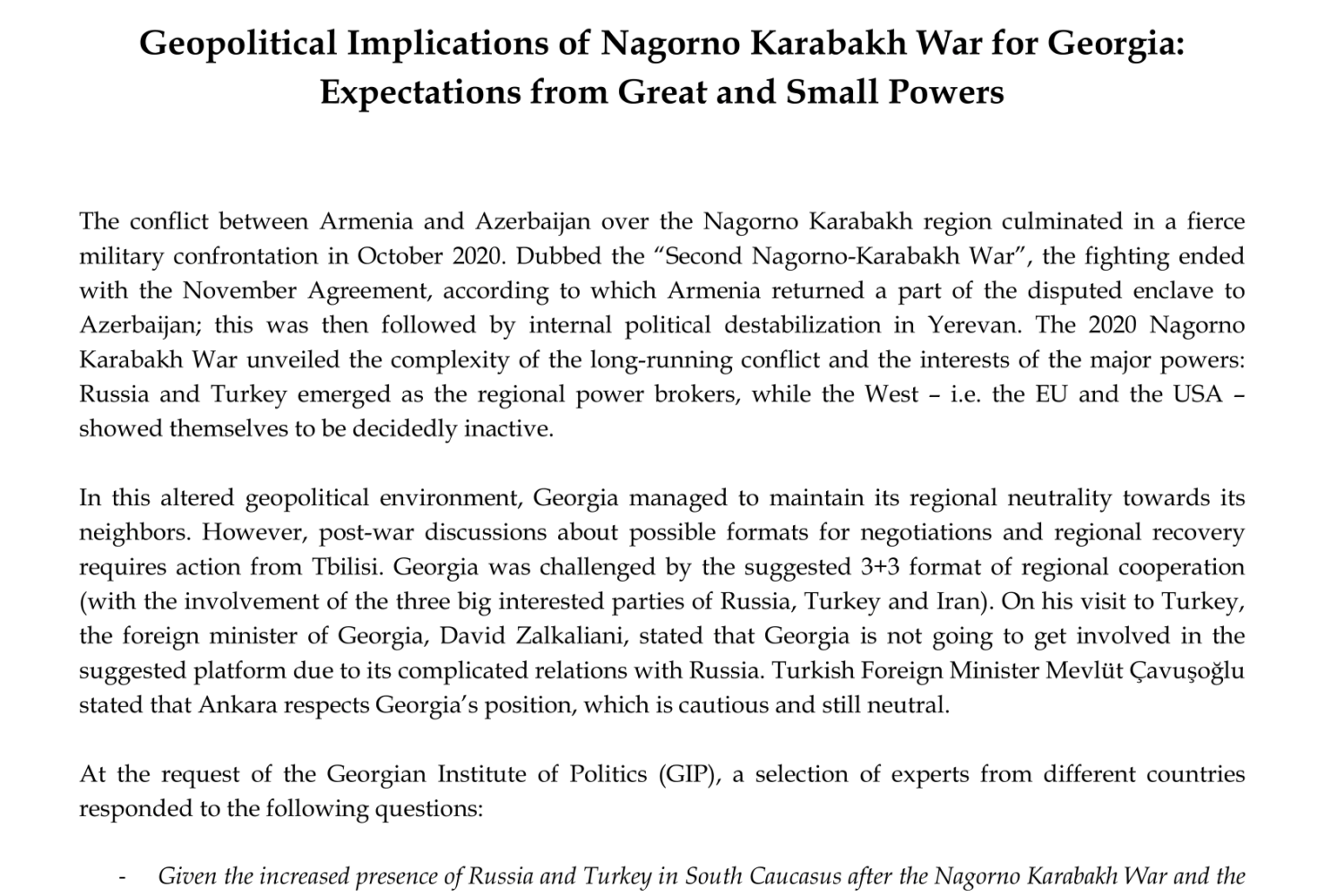 The conflict between Armenia and Azerbaijan over the Nagorno Karabakh region culminated in a fierce military confrontation in October 2020. Dubbed the “Second Nagorno-Karabakh War”, the fighting ended with the November Agreement, according to which Armenia returned a part of the disputed enclave to Azerbaijan; this was then followed by internal political destabilization in Yerevan. The 2020 Nagorno Karabakh War unveiled the complexity of the long-running conflict and the interests of the major powers: Russia and Turkey emerged as the regional power brokers, while the West – i.e. the EU and the USA – showed themselves to be decidedly inactive.

In this altered geopolitical environment, Georgia managed to maintain its regional neutrality towards its neighbors. However, post-war discussions about possible formats for negotiations and regional recovery requires action from Tbilisi. Georgia was challenged by the suggested 3+3 format of regional cooperation (with the involvement of the three big interested parties of Russia, Turkey and Iran). On his visit to Turkey, the foreign minister of Georgia, David Zalkaliani, stated that Georgia is not going to get involved in the suggested platform due to its complicated relations with Russia. Turkish Foreign Minister Mevlüt Çavuşoğlu stated that Ankara respects Georgia’s position, which is cautious and still neutral.

At the request of the Georgian Institute of Politics (GIP), a selection of experts from different countries responded to the following questions: