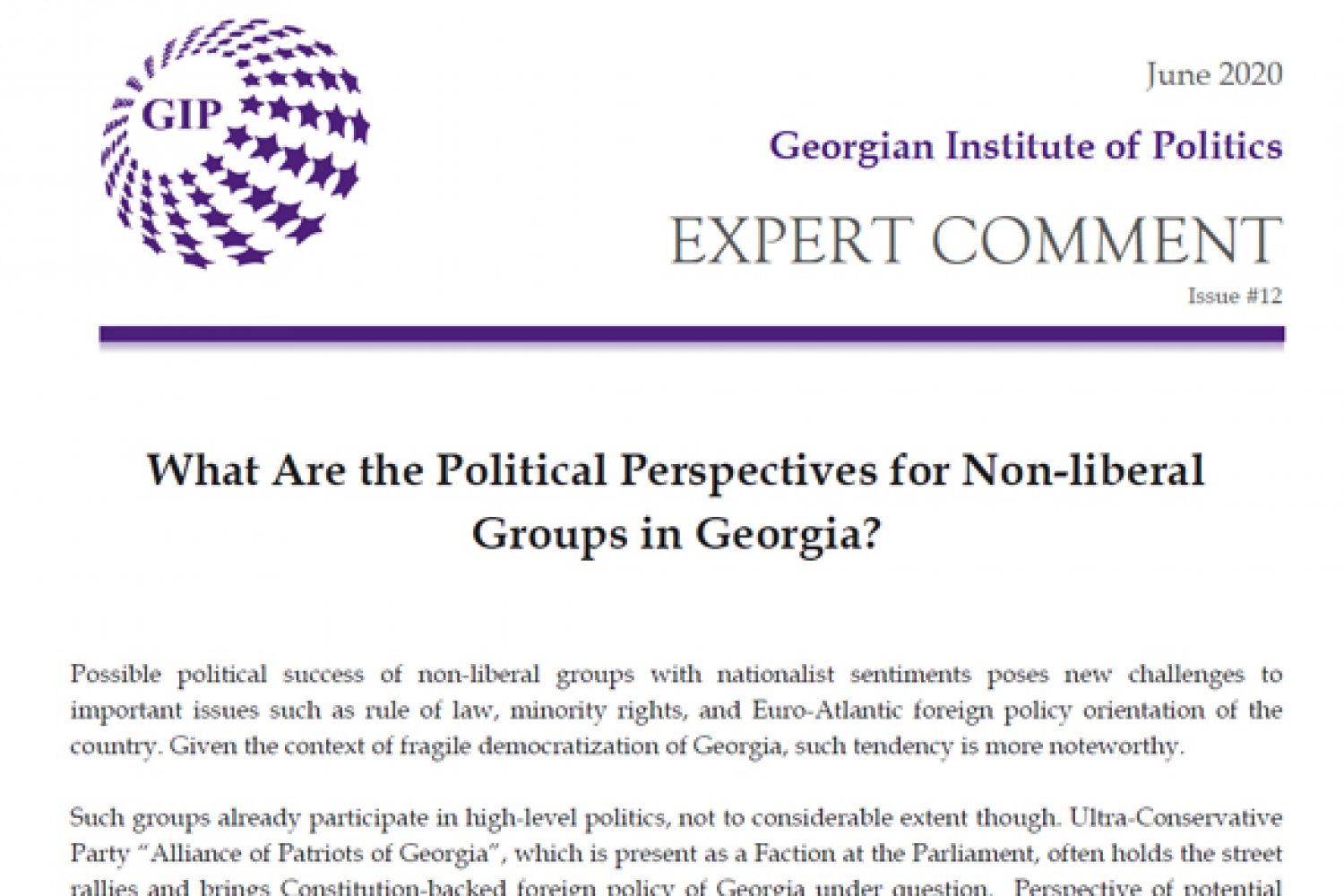 Possible political success of non-liberal groups with nationalist sentiments poses new challenges to important issues such as rule of law, minority rights, and Euro-Atlantic foreign policy orientation of the country. Given the context of fragile democratization of Georgia, such tendency is more noteworthy.

Such groups already participate in high-level politics, not to considerable extent though. Ultra-Conservative Party “Alliance of Patriots of Georgia”, which is present as a Faction at the Parliament, often holds the street rallies and brings Constitution-backed foreign policy of Georgia under question.  Perspective of potential political success of non-liberal groups becomes more interesting considering the fact that Ultra-Nationalist Public Movement “Georgian March” has transformed into a political organization and it is going to play even more significant role in political life of the country. Known for its anti-liberal counterdemonstrations, this organization is mentioned to be a threat to democratic development of Georgia in multiple reports.

Upon the request of Georgian Institute of Politics, selected Georgian experts responded to the following questions: