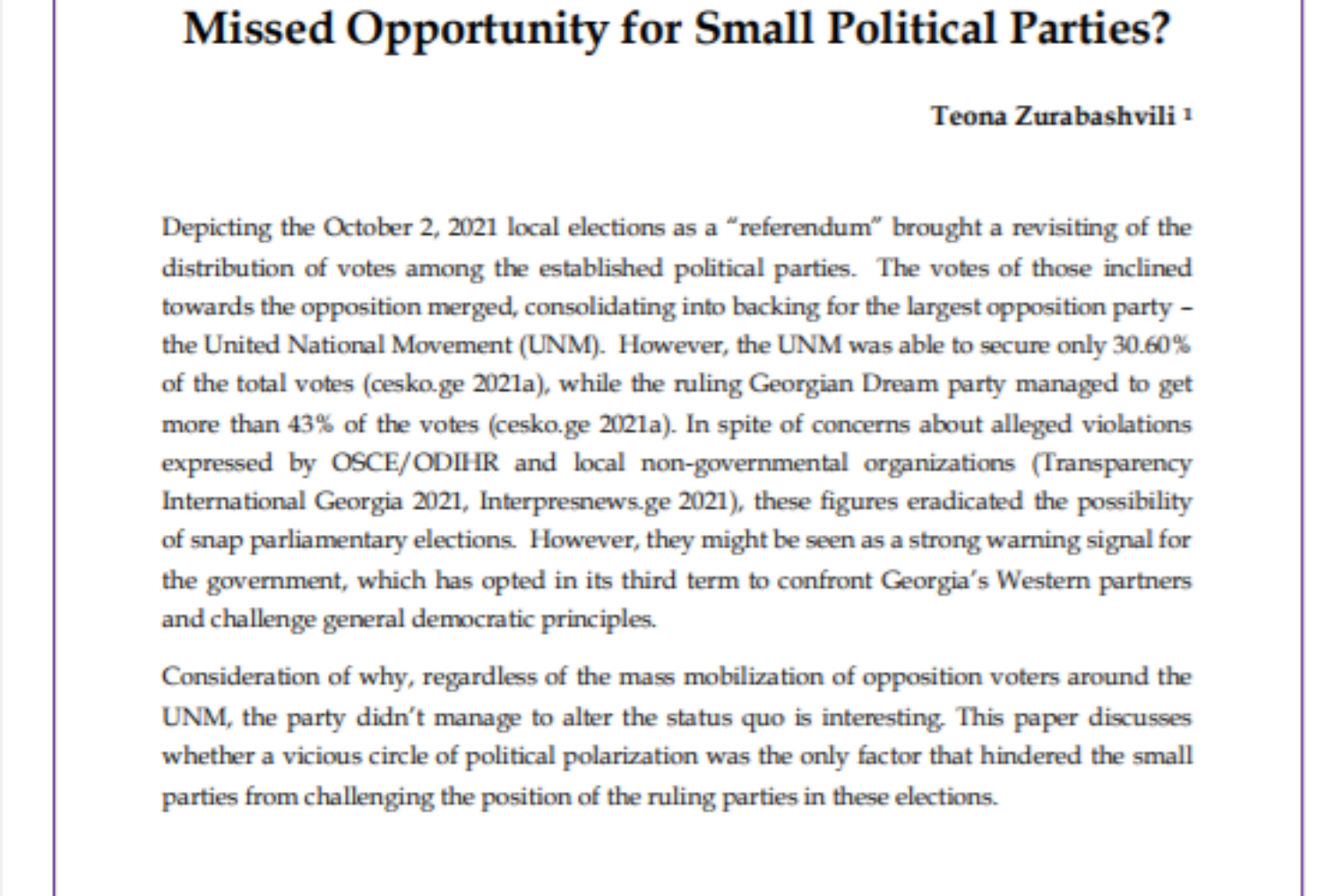 It can be assumed that in the local elections of October 2 2021, political polarization was not the main factor that led to consolidation of opposition votes around the UNM, but the political decision of the small parties per se to remain in a domain that was most affected by the existing political polarization. They didn’t have a long-term strategy to attract voters who have different preferences from the polarized political agenda.

Depicting the October 2, 2021 local elections as a “referendum” brought a revisiting of the distribution of votes among the established political parties.  The votes of those inclined towards the opposition merged, consolidating into backing for the largest opposition party – the United National Movement (UNM).  However, the UNM was able to secure only 30.60% of the total votes (cesko.ge 2021a), while the ruling Georgian Dream party managed to get more than 43% of the votes (cesko.ge 2021a). In spite of concerns about alleged violations expressed by OSCE/ODIHR and local non-governmental organizations (Transparency International Georgia 2021, Interpresnews.ge 2021), these figures eradicated the possibility of snap parliamentary elections.  However, they might be seen as a strong warning signal for the government, which has opted in its third term to confront Georgia’s Western partners and challenge general democratic principles.

Consideration of why, regardless of the mass mobilization of opposition voters around the UNM, the party didn’t manage to alter the status quo is interesting. This paper discusses whether a vicious circle of political polarization was the only factor that hindered the small parties from challenging the position of the ruling parties in these elections.