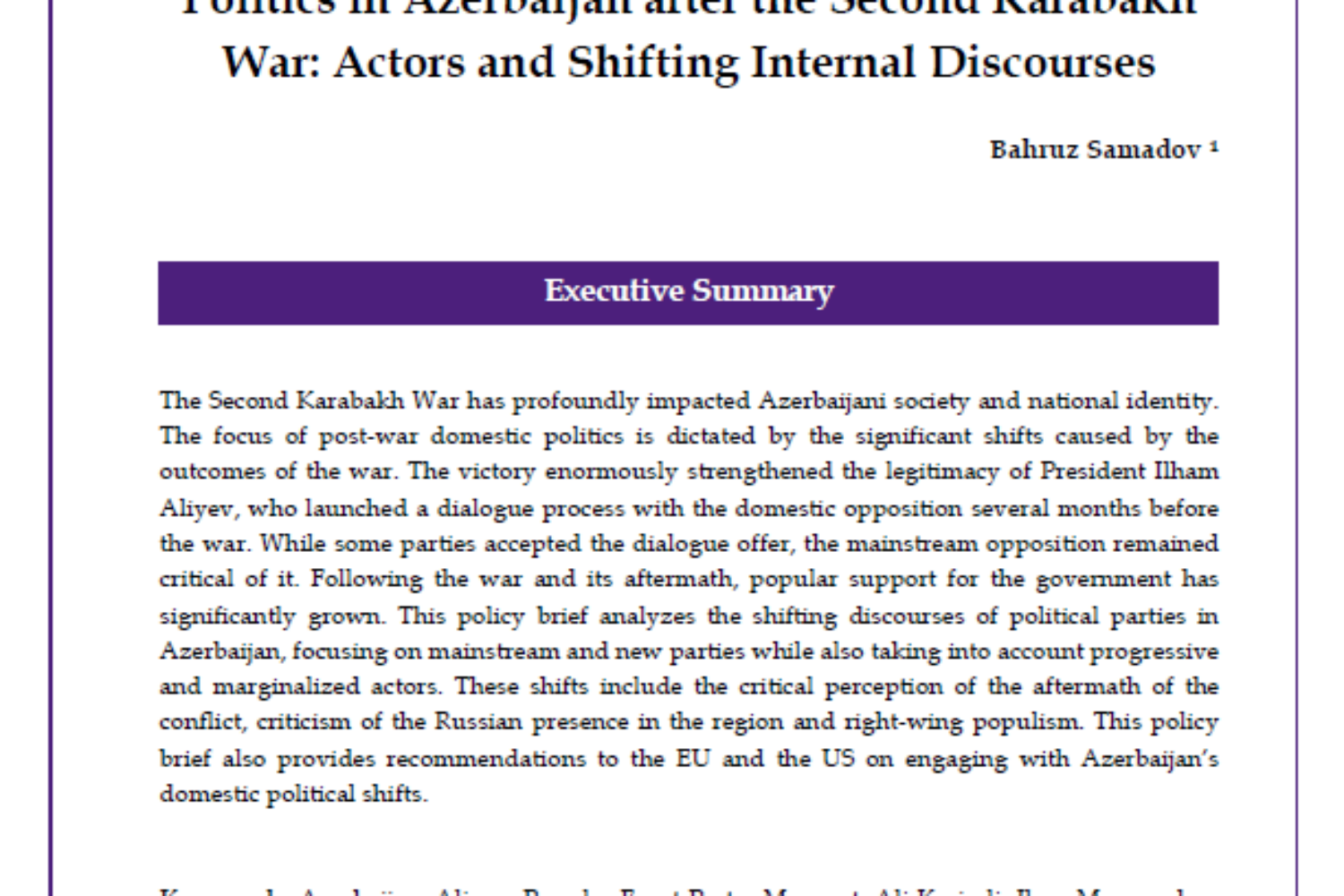 The Second Karabakh War has profoundly impacted Azerbaijani society and national identity. The focus of post-war domestic politics is dictated by the significant shifts caused by the outcomes of the war. The victory enormously strengthened the legitimacy of President Ilham Aliyev, who launched a dialogue process with the domestic opposition several months before the war. While some parties accepted the dialogue offer, the mainstream opposition remained critical of it. Following the war and its aftermath, popular support for the government has significantly grown. This policy brief analyzes the shifting discourses of political parties in Azerbaijan, focusing on mainstream and new parties while also taking into account progressive and marginalized actors. These shifts include the critical perception of the aftermath of the conflict, criticism of the Russian presence in the region and right-wing populism. This policy brief also provides recommendations to the EU and the US on engaging with Azerbaijan’s domestic political shifts.