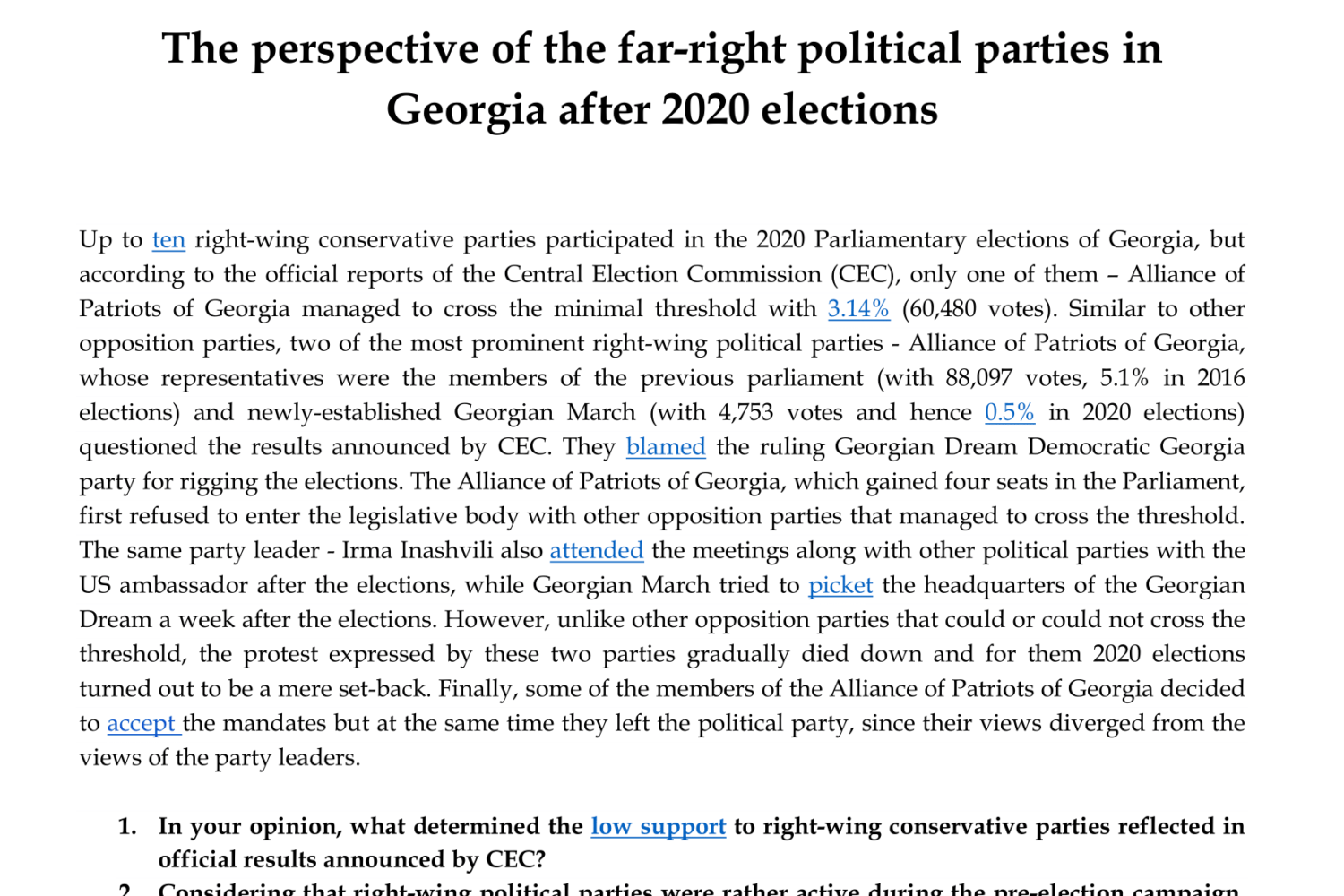 Up to ten right-wing conservative parties participated in the 2020 Parliamentary elections of Georgia, but according to the official reports of the Central Election Commission (CEC), only one of them – Alliance of Patriots of Georgia managed to cross the minimal threshold with 3.14% (60,480 votes). Similar to other opposition parties, two of the most prominent right-wing political parties – Alliance of Patriots of Georgia, whose representatives were the members of the previous parliament (with 88,097 votes, 5.1% in 2016 elections) and newly-established Georgian March (with 4,753 votes and hence 0.5% in 2020 elections) questioned the results announced by CEC. They blamed the ruling Georgian Dream Democratic Georgia party for rigging the elections. The Alliance of Patriots of Georgia, which gained four seats in the Parliament, first refused to enter the legislative body with other opposition parties that managed to cross the threshold. The same party leader – Irma Inashvili also attended the meetings along with other political parties with the US ambassador after the elections, while Georgian March tried to picket the headquarters of the Georgian Dream a week after the elections. However, unlike other opposition parties that could or could not cross the threshold, the protest expressed by these two parties gradually died down and for them 2020 elections turned out to be a mere set-back. Finally, some of the members of the Alliance of Patriots of Georgia decided to accept the mandates but at the same time they left the political party, since their views diverged from the views of the party leaders.