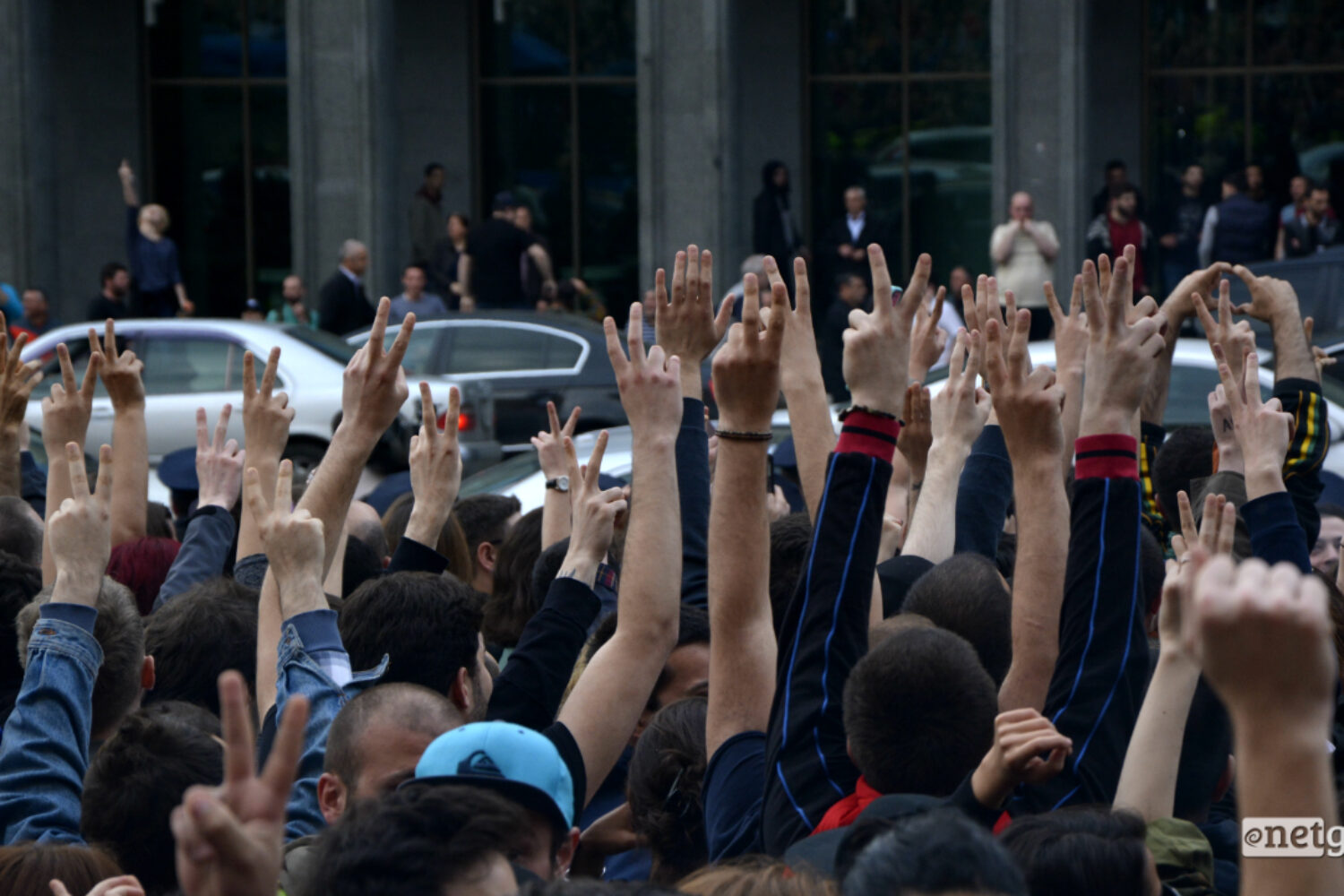 Freedom of expression is a main pillar of democratic societies and is protected by the Constitution of Georgia. Far-right groups in Georgia actively use their right to free speech to publicly express their beliefs and ideas. However, in some cases their actions not only limit the right to free speech and assembly of other groups, especially minorities, they sometimes even turn violent. In certain circumstances state institutions fail to ensure the equal right to exercise freedom of speech and assembly for all citizens. Moreover, in cases when the aforementioned right is restricted, the grounds for doing so is not always substantiated clearly and comprehensively. As a result, groups of citizens are deprived of the ability to fully exercise their right to freedom of expression. This poses a serious problem for democratic development.

On the one hand, far-right groups continuously attempt to limit the right to free speech and expression of the groups they find unacceptable. Whereas on the other hand, in response to the actions of the far-right groups the government on certain occasions limits the same right of some citizens for the protection of their safety, without substantiating the grounds for restriction. The two aforementioned factors contribute to the unequal exercise of the right to free speech and expression by citizens.

Freedom of Expression According to Georgian Law

Far-right Groups and Freedom of Expression

Despite the high standard set by the law, peaceful protesters and minority representatives in particular instances are deprived of the right to fully exercise free speech and assembly – this is in part due to the abuse of the same right by the far-right groups in Georgia. Such practices pose a serious threat to the freedom of expression, especially if the violations of that fundamental right is not met with the proper response from law enforcement agencies. Ensuring free speech and expression for all citizens is an important prerequisite of democracy and pluralism.

Far-right groups in Georgia are particularly hostile to sexual minorities (LGBTQI) and, therefore, their actions are often focused on limiting the free speech and expression of sexual minorities and their supporters. The far-right often uses threats, counter-rallies, calls for violence, or violence in order to achieve their goals. For instance, in response to Tbilisi Pride Week  far-right political group Georgian March appealed to the Tbilisi City Hall for the permission to occupy the central streets during the same period of time with the explicit aim of restricting the free speech and assembly of the sexual minority groups involved. Later, anti-LGBTQI groups held a counter-rally, which displayed signs of threats and violence. Apart from that, Georgian March explicitly threatened a football player, Guram Kashia, for his public support to the LGBTQI community. Later on, the same far-right group also stated that they would burn LGBTQI flags and surround the football stadium in the event  that LGBTQI themed items appeared during the match. Some of the citizens also faced difficulties or were deprived of the possibility to attend the LGBTQI themed movie premiere “And Then We Danced” due to the far-right mobilization outside of the “Amirani” movie theatre and the violence their supporters instigated.

Far-right groups also take religious issues very seriously. More specifically, Georgian March protested a comment about religion made by a journalist and consequently, surrounded his car during a rally in front of the Rustavi 2 building. Another journalist was hurt in the process as well. Peaceful protesters, who were protesting against the large scale police operation in Tbilisi night clubs, were also targeted by far-right groups. Protesters attending the rally “For Our Freedom” were forced to leave the territory in order to avoid further escalation as the counter-rally organized by several far-right groups  displayed signs of threats, physical violence and calls for violence.

Government Responses to Violations of Freedom of Expression

On the one hand, in particular cases, the government has insufficiently responded to the threats and violence of far-right groups directed towards peaceful protesters or minorities. On the other hand, in certain instances the state fails to clearly substantiate the grounds for restriction of the right to free speech and expression of certain groups. Considering that the right to free speech and assembly constitutes a fundamental right in democratic societies, unequal access of different society groups to that fundamental right is a significant problem and requires a sufficient and effective state response.

Insufficient government responses can be exemplified by the fact that despite public statements of the public defender and the Georgian Young Lawyers’ Association emphasizing that far-right groups’ attack on the Rustavi 2 journalists contained signs of unlawful interference with journalistic work, the investigation did not qualify the case as such.  Ensuring high standards of free speech and expression of mass media is exceptionally important. Therefore, the government response towards attempts to violate free speech needs to be instant, effective, and sufficient. Furthermore, despite actions taken by law enforcement agencies some citizens were still deprived of the possibility to watch the movie “And Then We Danced”. The main problem with the aforementioned case was that despite the publicly voiced threats by the far-right groups earlier, state agencies did not take preventive measures, could not manage to maintain a safe distance between the confronting groups, and could not ensure citizens’ uninterrupted entry to the movie theatre as well as their overall safety.

With reference to the restriction of the right to free speech and expression from the government’s side, according to the law, such restriction needs to be based on incontrovertible evidence. The aforementioned principle is not always strictly followed, which has a negative impact on the standard of freedom of expression in the country. In particular, representatives of sexual minorities and their supporters were deprived of the possibility to fully exercise the right to free speech and assembly when the Ministry of Internal Affairs of Georgia refused to guarantee the safety of the “Tbilisi Pride” participants and organizers in the face of threats coming from far-right groups. Moreover, the restriction was not well-grounded from the government’s side. With the same argument to ensure public safety, some citizens were not allowed to bring LGBTQI themed items to the stadium during the Georgia-Latvia football match in 2018. Non-governmental organizations assessed the aforementioned case as a restriction of the freedom of expression, which was not comprehensively substantiated. The same can be said about the case when for the purpose of preventing the possible confrontation with the far-right groups, police officers asked the citizens to remove rainbow flags from their own windows.

Equal and unrestricted exercise of the right to free speech and expression is essential for a  competitive environment, which ensures the existence of different ideas and pluralism in all areas of public life. The radicalized far-right groups have not yet managed to enter the Parliament of Georgia. However, through rallies and counter-rallies those groups have a significant effect on media discourse as well as on the exercise of the right to free speech and expression by different societal groups. Therefore, an effective government response is essential in order to ensure the equal exercise of the aforementioned right, including but not limited to preventive efforts, keeping safe physical distance between confronting groups, and administering appropriate punishments to offenders.

[1] MA student of the International Masters in Central and East European, Russian, and Eurasian Studies.