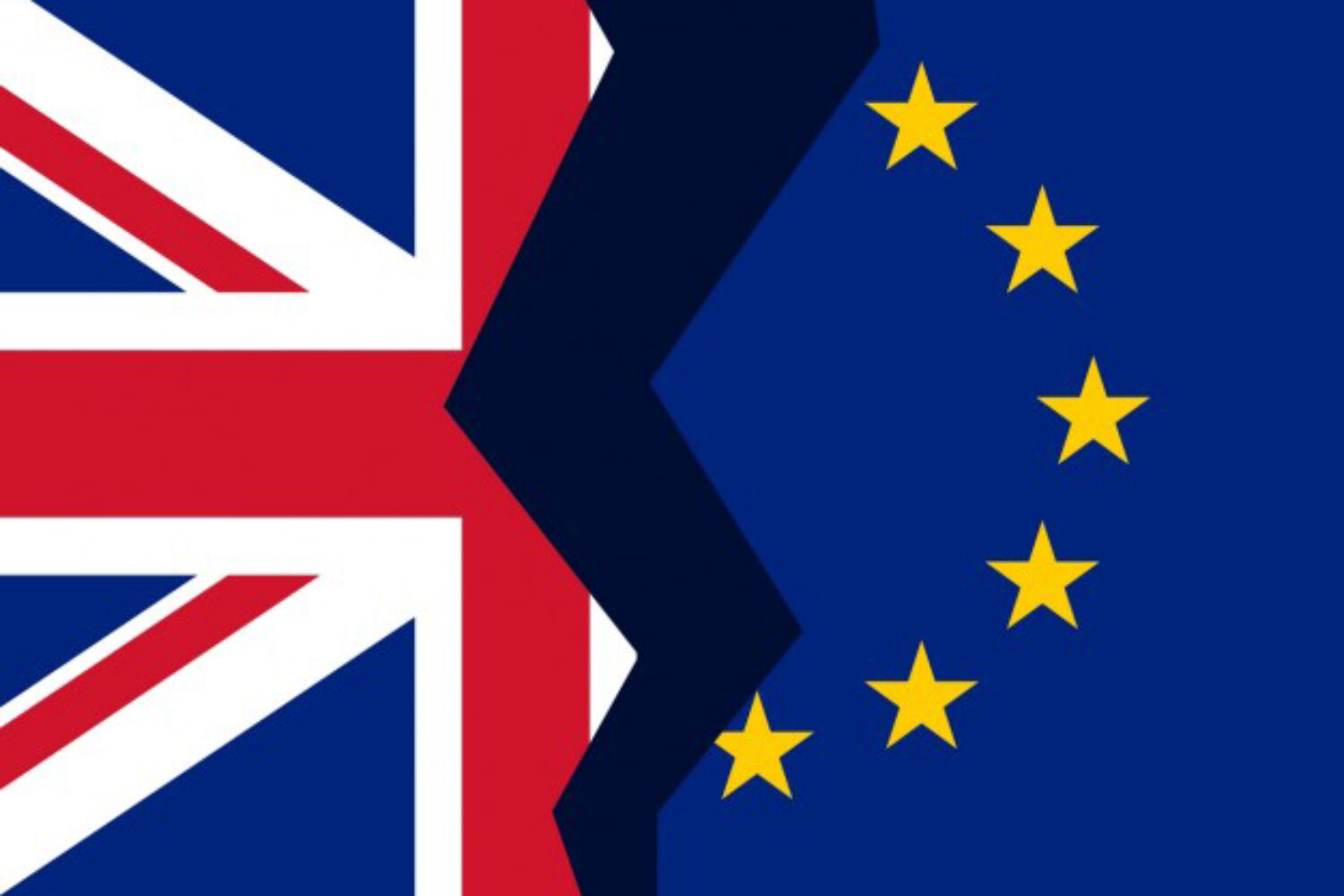 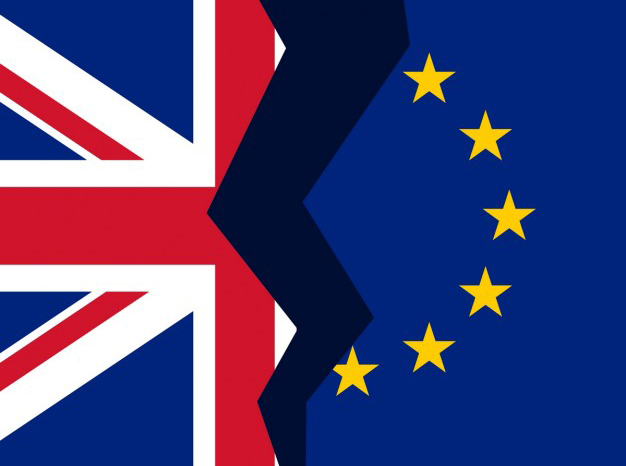 First, the EU faces an increasing challenge from right-wing populist groups ranging from the Five Star Movement in Italy to the National Front in France, and Brexit serves as a constant reminder that this challenge is very real. These movements and their associated nationalistic, anti-liberal ideologies undermine the EU’s supranational mode of governance and trust-based, multilateral decision-making processes.

Moreover, these movements undermine the foundational ideas of the European Union—which include democracy, the rule of law, and respect for human rights—and have negative implications for the EU’s credibility and symbolic role around the world. These movements are invariably anti-globalist, anti-EU, and pro-[Russian President Vladimir] Putin.

For them, Russia’s interventionist and revisionist policies in its “near abroad” is only a second-tier problem and is rather interpreted as Russia defending itself from Western encroachment. The recent defeat of the People’s Party for Freedom and Democracy (VVD) in Dutch parliamentary elections offers a glimpse of hope, but it’s also clear the party’s popularity has grown in recent years. Moreover, the extremist populist ideas still resonate with significant segments of the population within the EU.

Consider this unrepresentative sample: in the undergraduate and postgraduate modules on EU-Russia relations that I’m teaching during the spring semester at King’s College London, most of the students are EU citizens, and most of them think Russia is a victim (of Western expansionism) rather than a perpetrator (of aggression against its neighbors).

Attitudes such as these have direct implications for Georgia. Russia’s behaviour vis-à-vis Georgia is often accepted as “legitimate” and justified on grounds of defensive realism; i.e., Russia is just defending itself and would not be occupying parts of Georgian territory if it did not feel threatened. From this perspective, Georgia’s Euro-Atlantic aspirations are met with scepticism because those aspirations irritate Russia.

Second, the EU is increasingly driven by pragmatic policies. For example, it’s not entirely fair to treat Georgia and Ukraine on a parity basis in terms of visa liberalization policies. Georgia has been a regional leader in governance reforms and Ukraine has implemented only incremental improvements. Clearly, the policy of parity in Georgia and Ukraine’s respective EU integration processes is based on geopolitical considerations.

Furthermore, the EU’s amicable relations with authoritarian and repressive but oil-rich Azerbaijan indicates that its policies are driven by a pragmatic approach rather than by normative considerations such as respect for human rights. This example indicates that future actions by the EU could defined increasingly by interest-based calculations that don’t match up with the normative power status it currently enjoys.

This should be viewed in light of Russia remaining an important market for European goods and a key supplier of gas to many EU member states. The dependency of key EU countries on Russian gas is highly unlikely to change over the short and medium term. This situation could be exacerbated by Brexit, because the UK’s approach has always focused on ensuring security of gas supplies through flexibility, while Germany, in contrast, focused more on long-term contracts with Russia and subsidizing renewables.

After Brexit, EU member states may further increase gas imports from Russia, exacerbating the dependency problem. This has implications for Georgia. Increased dependency, the related pragmatism of the EU, and Russia’s eagerness to use energy supplies as tool for exerting political pressure all undermine Georgia’s chances for deeper integration with the EU.

Third, Brexit means the EU will lose one of its three members with a global agenda and international strategic ambitions. That may make the EU’s common foreign policy more cohesive. At the same time, it may eventually make EU policy toward Russia more conciliatory. In the context of EU-Russia relations, the UK is currently one of the most “hawkish” EU member states.

The UK’s role in imposing sanctions on Russia after its military intervention in Ukraine was so important that many analysts question whether, without the role played by the UK, the EU would have been able to impose sanctions at all. Brexit means that support for EU sanctions will decrease significantly. Moreover, sanctions will be a lower priority for key EU countries such as Germany and France. Consequently, the increased relative weight of countries such as Hungary and Italy—which are openly advocating for reconciling with Russia and turning a blind eye to its aggressive handling of its neighbours—may become decisive.

Some observers think that preoccupation with the refugee crisis—which is perceived to be a much larger problem for the EU than is Russian aggression in Ukraine and Georgia—may also aid the emergence of a more conciliatory politics toward Russia. There are good reasons why Russian politicians have sounded enthused statements after Brexit referendum. For example, Moscow May Sergey Sobyanin said that without the UK, no one in the EU “will so zealously defend the sanctions against us.”

Georgia will lose one of its partners in the EU once Brexit is completed. The UK has traditionally been very supportive of Georgia’s interests. For example, in 2008 then-Prime Minister Gordon Brown condemned the August War as Russia’s “continued aggression”, and then-Foreign Secretary David Miliband repeatedly called for the suspension of EU-Russia partnership talks. The UK also supported visa liberalization for Georgia and ratified the EU-Georgia Association Agreement ahead of the 2015 Riga Summit, thus demonstrating its support. More recently, current Foreign Secretary Philip Hammond called Georgia a “key international security partner and regional democratic role model” and condemned Russia for bullying its neighbors.

On the other hand, there is every indication that Russia is ready to take adverse measures to maintain influence in “its zone of privileged interest.” Western sanctions may not necessarily have a deterrent impact. Not much has changed in Russia’s handling of the armed conflict in Eastern Ukraine. While the success of sanctions is mostly defined in terms of non-events (e.g., if not for sanctions Russia would have taken the city of Mariupol) that are impossible to quantify, there is next to nothing that indicates Russia is backing away from its military support for separatists in the Donbas.

Moreover, recently Russia has been trying to project influence as far from its borders as the Balkans and the Middle East. With receding EU influence in the Western Balkans, Russia has been working to fill the vacuum and has stepped up its military collaboration with Serbia while also trying to keep Bosnia, Macedonia, and Montenegro out of NATO. The projection of power beyond its “privileged zone of interest” implicitly means that Russia will not easily give up control in its immediate neighborhood. Even if Russia’s engagement in Syria is more about international prestige and demonstration of military strength than about contesting the assumed monopoly of American power in the Middle East, those goals would be undermined if a former protectorate such as Georgia successfully drifted away from the Russian orbit of influence.

Brexit also means the relationship between the EU and NATO may become more difficult. UK has always been conceived as a crucial link between the two, bridging and reconciling contested claims from both sides: i.e., European resistance to perceived American unilateralism and America’s pressuring of Europe to share the burden of ensuring transatlantic security. French President Francois Hollande’s comment that “NATO has no role at all in saying what Europe’s relationship should be with Russia” indicates that without the UK, transatlantic policies may become less concerted, thus undermining NATO and US efforts to counteract Russia’s aggressive aims in Eastern Europe.

In the meantime, the EU’s policies in its eastern neighborhood remain vague. The EU lacks a strategy for engaging its eastern neighbors. There are unclear assurances about potential accession, and the notion of “privileged partnership” is poorly defined. Unlike Russia’s clear carrot-and-stick approach, EU rewards and sanctions are vague and uncertain, and so are its monitoring mechanisms on the ground.

In sum, Brexit damages the potential for deeper integration of Eastern Partnership countries with the EU, Georgia included. Furthermore, it increases the chances of the EU taking a more conciliatory approach towards Russia. This has strong implications for Georgia, especially against the background of an assertive Russia and an ambiguous EU. Given that, the prospects for EU-Georgia relations over the medium term look grim.