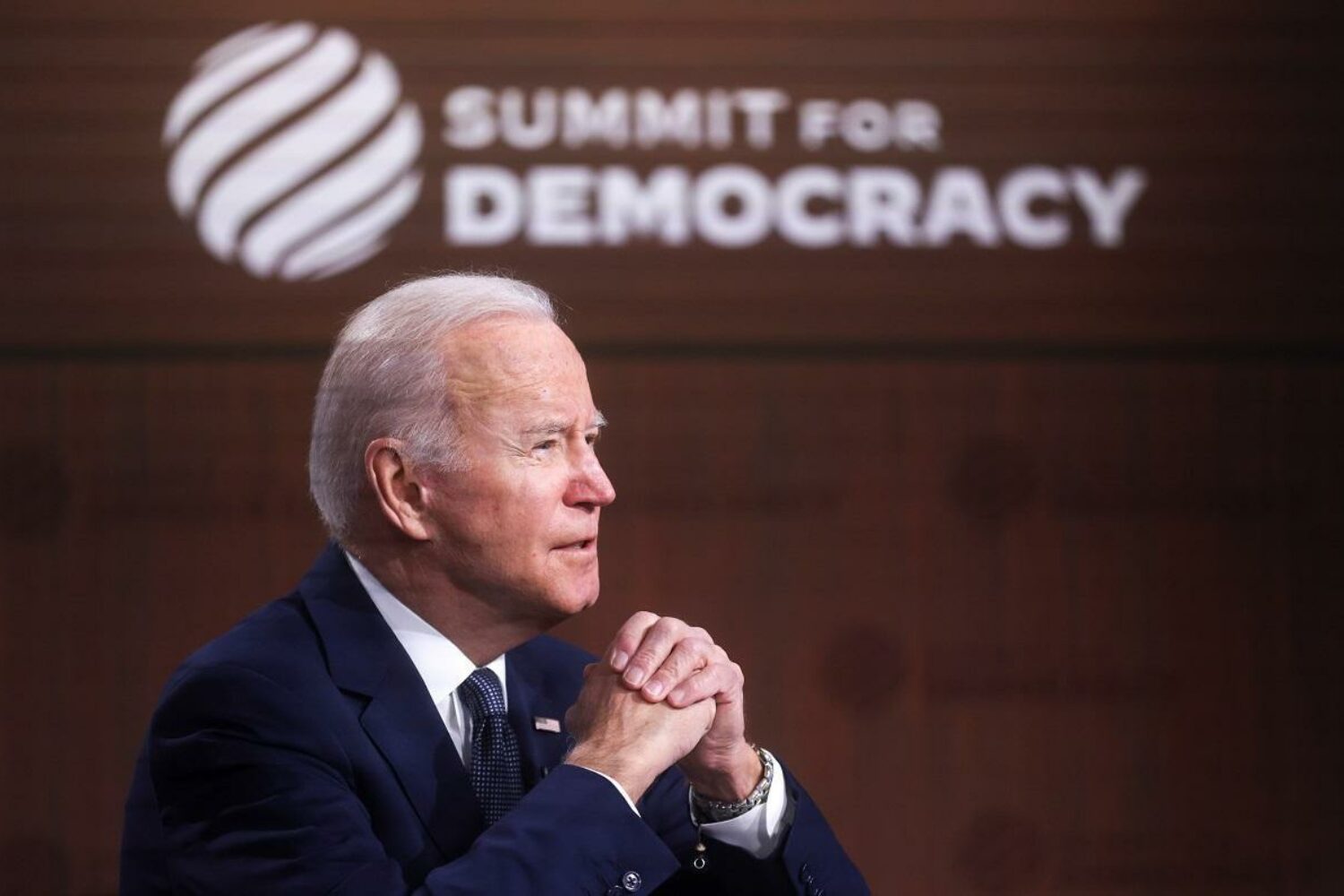 After turbulent years of transactional policies under Donald Trump, the revitalization of the US democracy agenda under Joe Biden has given a new hope to democracy supporters around the world including small Post-Soviet countries in the Russian neighbourhood.

While the new US democracy agenda is understandably linked to great-power rivalry and the fight against major transnational scourges, normative/value-based struggles between democracy and authoritarianism in small states do also require attention.

Small states are important foot soldiers, shields in the global democratic phalanx. Should too many of them fall pray to the influence of authoritarian powers, it will diminish both the geopolitical influence of the US and the superiority of democracy as a universal value.

The small country of Georgia, located in the strategically important region of the Black Sea, is a good example of how a lack of democracy, polarization, and infighting can undermine stability and good governance of a US partner country, tarnish the image of democracy in a region and invite the influence of global authoritarian powers. Once labeled as a “beacon of liberty”  and a global champion of good governance reforms, the country has recently experienced a downward spiral marked by political malaise and social disenfranchisement. Since the historic, first change of power by-elections in 2012, the country’s political life has been paralyzed by what political scholars call a feckless pluralism. The country’s political space has been polarized between two opposing political camps, the ruling Georgian Dream (GD) party, and the main opposition party the United National Movement (UNM), and their splinter parties. The financial resources of billionaire Bidzina Ivanishvili, the founder of the GD, the former prime minister, and a man who many still consider the informal leader of the country, further undermine Georgia’s political system and skew the political playing field to the ruling party’s advantage.

While most of Georgia’s problems are homemade, they make the country less resilient internationally and invite the influence of authoritarian powers such as Russia and China. Since the ground zero of Russia-Georgia relations following the 2008 Russia-Georgia war, bilateral trade, and economic relations have increased again, the number of Russian tourists coming to Georgia has soared and Russia has become the main provider of a number of critical goods, such as wheat, and electricity. Turkey headed the list of Georgia’s largest trading partners by turnover, with USD 1.48 billion, followed by Russia with USD 1.15 billion, China with USD 1.08 billion. This makes Georgia again dependent both on Russian export and import markets, increasing its vulnerability to Russia’s political influence. Moreover, while Russia’s popularity in Georgia still suffers from the Russian occupation of Georgian territories, Russian soft power has still found side entrances into Georgian public life, among others, via the Georgian Orthodox Church and the socially conservative segment of the population.

Chinese influence is also on the rise. Over the last ten years, trade between China and Georgia has increased sixfold and China has become Georgia’s main export partner. The two countries signed a free trade agreement and China continues to invest in Georgia’s strategic sectors. Next to economic engagement, China is also heavily investing in cultural cooperation and in advancing Chinese soft power. From establishing Confucius institutes to active engagement in media and civil society, China seems to have gained some normative and cultural ground in the country which used to be considered as aspiring democracy and staunchly pro-Western.

Overall, while maintaining pragmatic economic relations with global powers is a normal practice for a small country, Georgia seems to be losing its strategic compass and a normative underpinning of its foreign policy. The Georgian authorities have adopted an increasingly hostile approach when faced with criticism from the US and the EU. They try to escape Western democratic pressure at any cost and recently made several questionable decisions such as the refusal of conditionality-linked macro-financial assistance from the European Union. Alienation between the Georgian authorities and the West has also had negative geopolitical implications such as the failure of the Georgian government to support the construction of the strategically important Anaklia port, a project which was supported by the US and would have significantly increased Georgia’s strategic autonomy in the region.

What is more, Georgia’s democratic backsliding is accompanied by the diminished geopolitical presence of the West in the broader South Caucasus and the Black Sea area which creates less favorable conditions for democratic advancement in the volatile region. For instance, the Second Nagorno-Karabakh War has led to a qualitative shift in the regional power dynamics of the South Caucasus. The ceasefire agreement was brokered only after Russia’s involvement, once again highlighting Western actors’ diminished regional role and illiberal powers’ ascendent influence. These developments have been of great concern to Tbilisi. Georgia has its eye on Euro-Atlantic integration and thus a potential security complex in the region that excludes Western partners goes against the strategic interests of the Black Sea country. Surrounded by authoritarian powers, Georgia feels even more isolated since the war. The recent 3+3 initiative which specifically excludes Western countries seems to be another attempt by Russia, Turkey, and Iran to create an illiberal regional order in and around the South Caucasus and the Black Sea region. The future of this platform is further complicated by stressed relations between Turkey and Armenia, as well as by recent tension between Iran and Azerbaijan. While Georgia is already successfully involved in shuttle diplomacy between Baku and Yerevan, without the active engagement of international actors (the US and EU, respectively), the common objective of stabilizing a fractured region might remain wishful thinking.

So, how can the Joe Biden administration reverse the negative democratic trend in Georgia and save the country from domestic and international authoritarian influence?

Despite mounting issues, the US still enjoys high popular legitimacy as the country’s key strategic partner which neither China nor Russia can yet match. Moreover, Georgia depends on the US for the provision of its security in a volatile regional environment. This gives strong leverage to the US to engage more assertively with Georgia’s political class which has gotten carried away by mutual enmity and in turn undermines Georgia’s democratic and pro-Western future. Particularly, by adopting tailor-made measures towards Georgia, the US should incentivize Georgia’s political parties to abandon their polarizing winner-take-all policies and adopt a compromise-based approach which would lead to coalitional governments both at the national and local governance levels. As the experience of other eastern European countries shows, this is a receipe for a stable democratic system in this part of the world, especially for post-socialist countries such as Georgia.

Both Washington and Tbilisi would benefit from a more politically stable and democratic Georgia. In countries such as Georgia, democracy and US influence go hand in hand while more authoritarian domestic politics always attract more authoritarian powers. It would also be beneficial for the US standing in the South Caucasus and the Black Sea regions where Russia, China, Iran, and Turkey have been trying to fill the geopolitical vacuum created by the Western negligence of the region.

Therefore, it is high time for Western governments, and especially the Biden administration, to pay more attention to frontline states such as Georgia, but also of Ukraine and Moldova which are in a similarly vulnerable situation. A good starting point would be not only participation of the three countries at the democracy conference of this year but also engaging more fully in the growing pains of democratic transformation.

Prof. Kornely Kakachia, Director of the Georgian Institute of Politics.