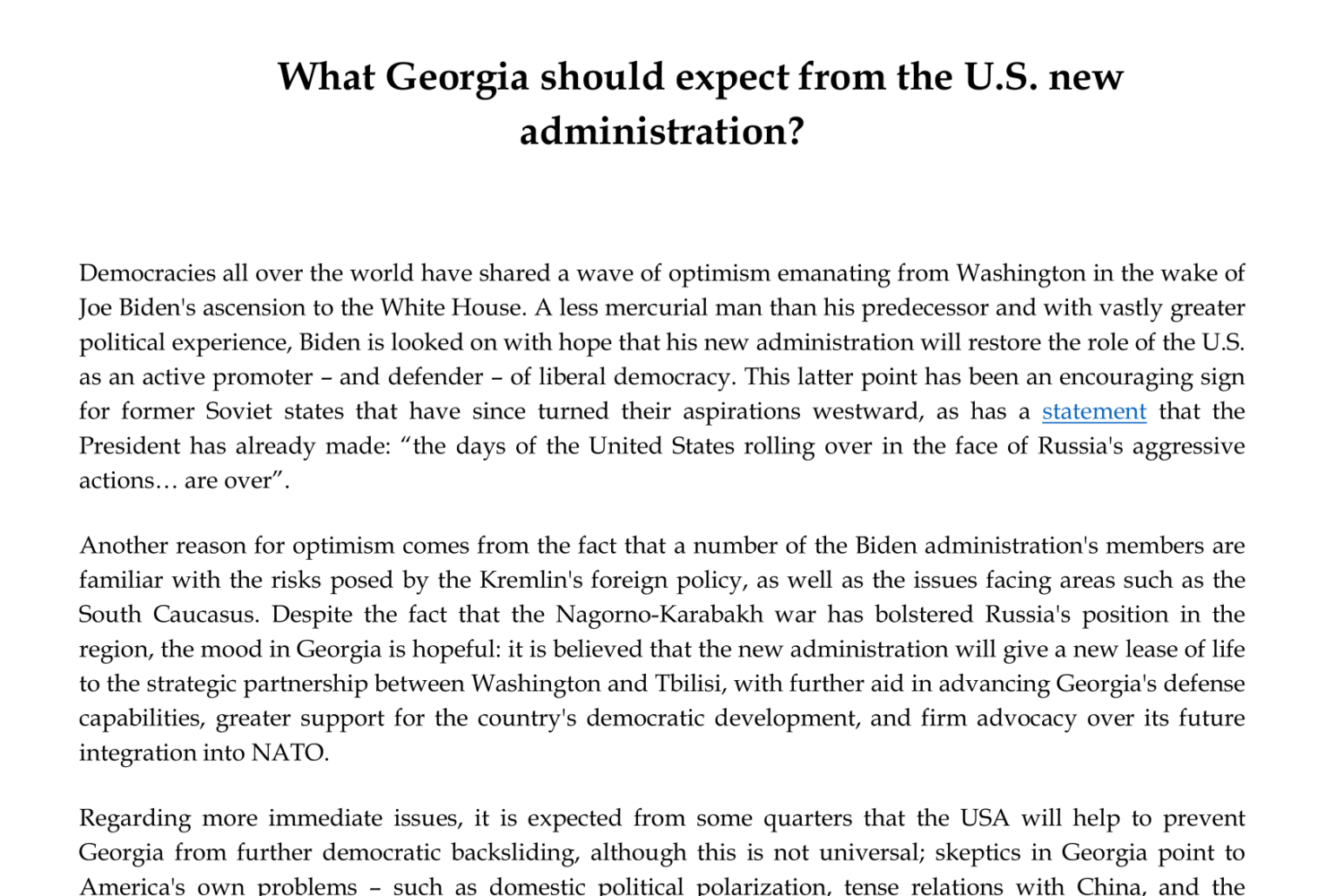 Democracies all over the world have shared a wave of optimism emanating from Washington in the wake of Joe Biden’s ascension to the White House. A less mercurial man than his predecessor and with vastly greater political experience, Biden is looked on with hope that his new administration will restore the role of the U.S. as an active promoter – and defender – of liberal democracy. This latter point has been an encouraging sign for former Soviet states that have since turned their aspirations westward, as has a statement that the President has already made: “the days of the United States rolling over in the face of Russia’s aggressive actions… are over”.

Another reason for optimism comes from the fact that a number of the Biden administration’s members are familiar with the risks posed by the Kremlin’s foreign policy, as well as the issues facing areas such as the South Caucasus. Despite the fact that the Nagorno-Karabakh war has bolstered Russia’s position in the region, the mood in Georgia is hopeful: it is believed that the new administration will give a new lease of life to the strategic partnership between Washington and Tbilisi, with further aid in advancing Georgia’s defense capabilities, greater support for the country’s democratic development, and firm advocacy over its future integration into NATO.

Regarding more immediate issues, it is expected from some quarters that the USA will help to prevent Georgia from further democratic backsliding, although this is not universal; skeptics in Georgia point to America’s own problems – such as domestic political polarization, tense relations with China, and the continued damage done by COVID-19 – as a reason not to suppose that America will place Georgia and the South Caucasus highly on its list of priorities.

At the request of the Georgian Institute of Politics (GIP), selected experts from the U.S. and Georgia have given their responses to the following two questions: