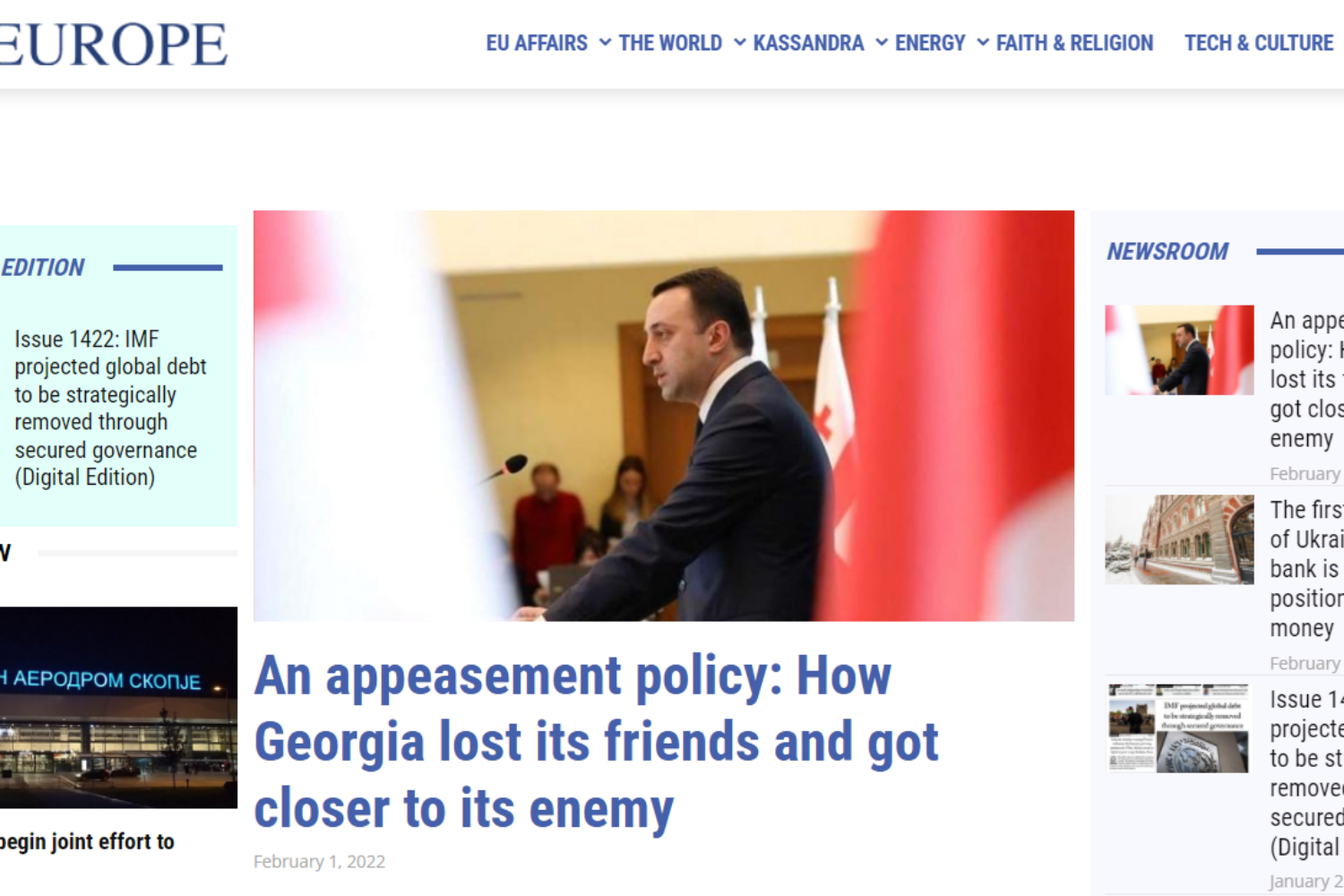 New Europe, the leading EU affairs newspaper, published an article titled “An appeasement policy: How Georgia lost its friends and got closer to its enemy.” The article’s author is Teona Zurabashvili, Junior policy analyst at the Georgian Institute of Politics (GIP).

In the following article, the author analyses Georgia’s position in response to the current tension on the Ukrainian border. The article explains official statements from Tbilisi and reviews possible diplomatic and supportive steps that Georgian society expected from the Georgian Government, and they did not resign.

“As tensions on the Ukrainian border have reached a fever pitch over the last several weeks, the overwhelming majority of NATO and the members of the EU are openly supporting Ukraine through diplomacy and military aid. Official Tbilisi, however, keeps silent. The Georgian Government’s complete lack of a response to the Ukraine crisis is utterly unacceptable for the pro-Western Georgians who represent roughly half of society, and who believe that Georgia and Ukraine are together in their fight for freedom,” – says the article.

Read the article 🔗 An appeasement policy: How Georgia lost its friends and got closer to its enemy