On July 19 Georgian Institute of Politics (GIP) organized a round table discussion, “Impact of the Russian Invasion of Ukraine on Wider Black Sea Security: the case of Georgia.” The event was organized under the framework of the project “Black Sea Cooperation for Stronger Security: Georgia, Ukraine and Azerbaijan,” which is being implemented with the financial support of the European Union through the Black Sea Trust Regional Cooperation program.

The discussion was moderated by Dr. Kornely Kakachia, Director at GIP, who thanked the researchers from Georgia, Ukraine, and Azerbaijan, and for joining forces to analyze the war in Ukraine and its effects on the region and present preliminary findings of the research conducted during the previous month. Dr. Kakachia also underlined the importance of the topic and its resonance to the South Caucasus region as well as the wider Black Sea region and the Western countries.

The speaker of the discussion, Salome Kandelaki – Junior Policy Analyst at GIP, introduced her preliminary research findings on the challenges of the wider Black Sea security after the Russian invasion of Ukraine: the case of Georgia. She presented the methodology of the research and discussed three areas in the Georgian case that were mostly affected by the Russo-Ukrainian: domestic policy, foreign policy, and security environment. She then proceeded to talk about the perceptions about security challenges and opportunities and main actors and their roles in the regional security arrangements. She ended her presentation with key assumptions and findings of the paper.

The presentation was followed by the comments from the round table discussants. The first discussant, Teona Akubardia – Deputy Chair of the Defence and Security Committee at the Parliament of Georgia – assessed the wider Black Sea security dilemma from the South Caucasus perspective. She underlined how the war in Ukraine impacted the security of Georgia and the wider region as well as shifted the perception of Russia in a civilized world. She also discussed security initiatives in the Black Sea region. Finally, Teona Akubardia pointed out how the Black Sea plays an important role in Georgian perception of who we are and what we want and the opportunities the US draft bill about the Black Sea Security offers to Ukraine and Georgia.

The second discussant and last speaker of the event, Alexander Vinnikov – Head of the NATO Liaison Office in Georgia and former Head of NATO representation to Ukraine – talked about the role of NATO in wider Black Sea security. He discussed three key points: Why does NATO perceive the Black Sea region as a region of strategic importance? What has NATO done in the region so far? And what is the new Strategic Concept for the Alliance about? Alexander Vinnikov underlined the key changes in the strategic concept compared to the previous one approved in 2010. He pointed out the recognition of Russia as the main threat, China mentioned as a challenge, and more focus on the Black Sea region as major changes that appeared in the strategic document. Finally, the discussant recognized NATO’s increased strategic interest in the wider Black Sea region.

At the end of the speakers’ presentations, the audience was given an opportunity to ask questions and share their comments and remarks. The questions were asked about expected rhetoric from the new Prime Minister of the UK, NATO’s purpose and relevance in the international system, the need for strengthened public diplomacy from NATO’s side and EU-NATO relations. In a response to the first question, Teona Akubardia pointed out that the policy priorities of the UK would most likely stay the same even under the new Prime Minister. Regarding the role of NATO and EU-NATO relations, Alexander Vinnikov recognized the importance of public diplomacy and the need to increase their visibility in Georgia. He shared the plans of the NATO Liaison Office to cover all the regions of Georgia in order to raise awareness and connect to the citizens. Moreover, he underlined the historic importance of the Madrid Summit, which once again showed the unity of the alliance bound by history, shared values, and aims to protect each other. Finally, he added that EU-NATO relations stepped up over the last few years and became stronger, especially amid the recent developments in the region. 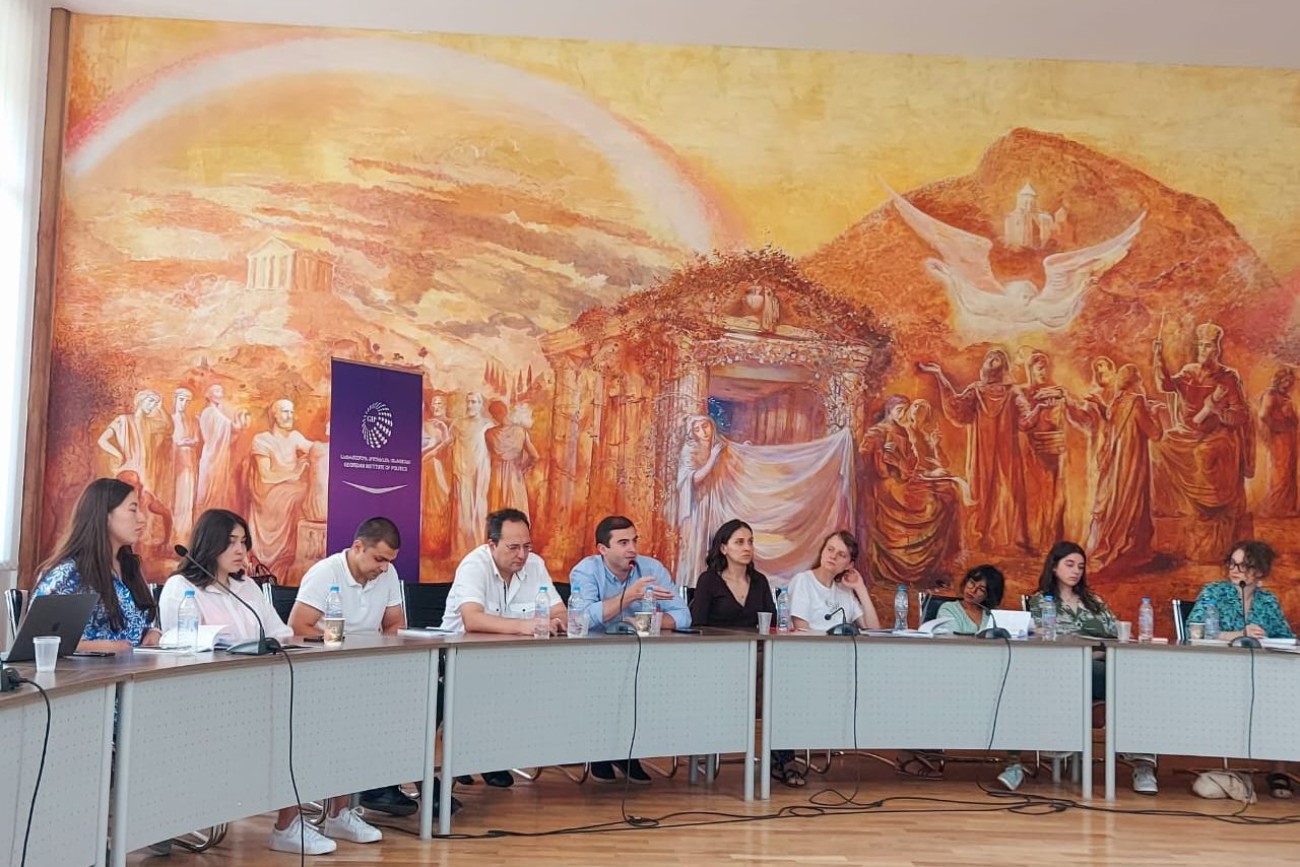 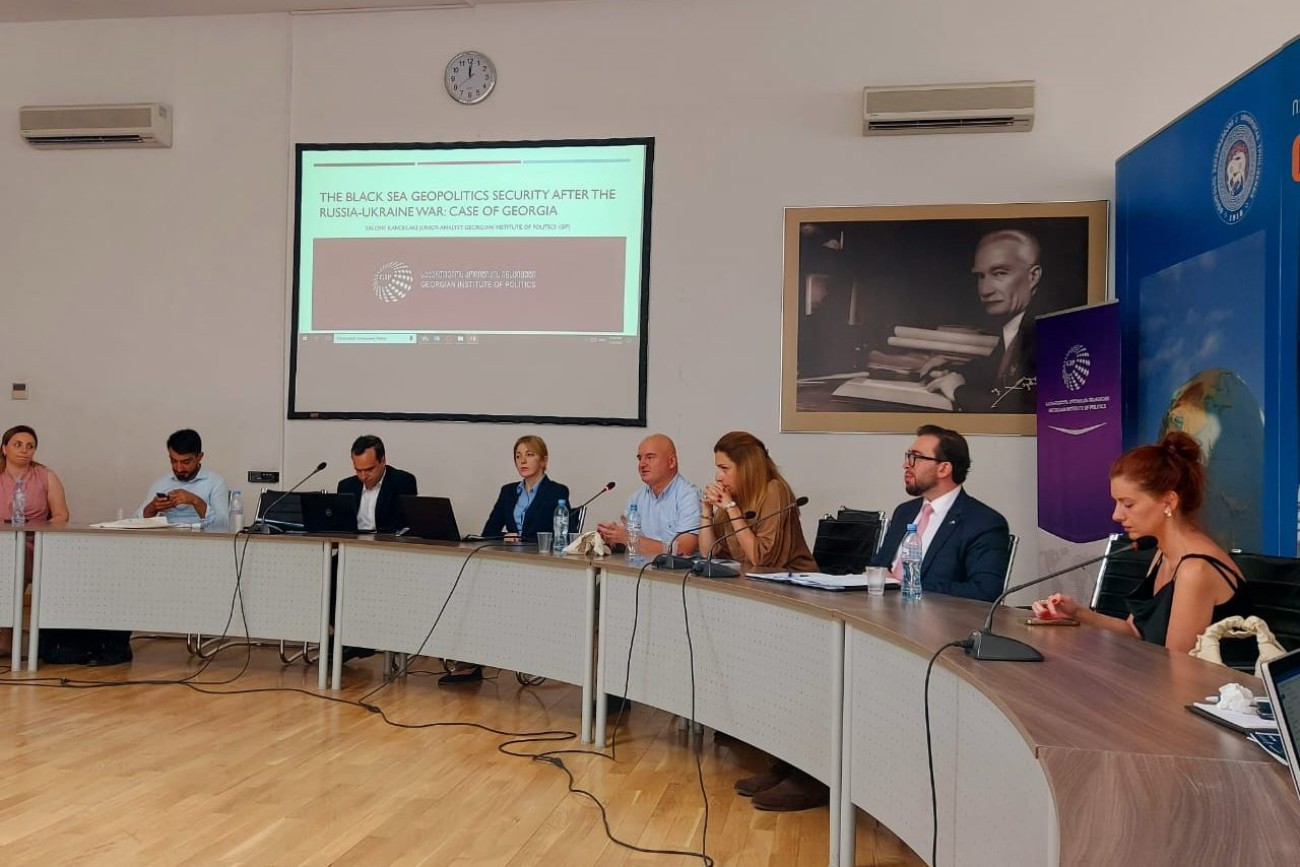 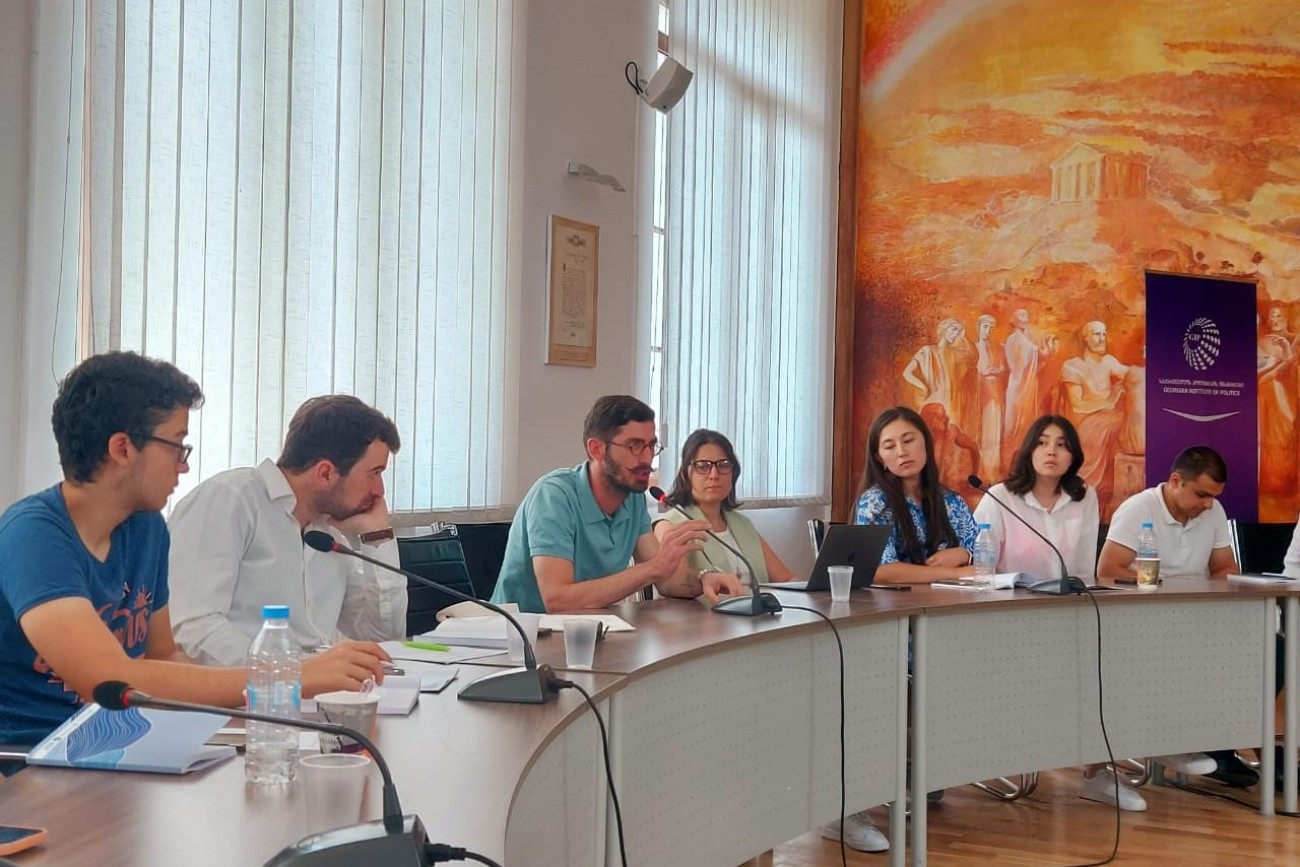 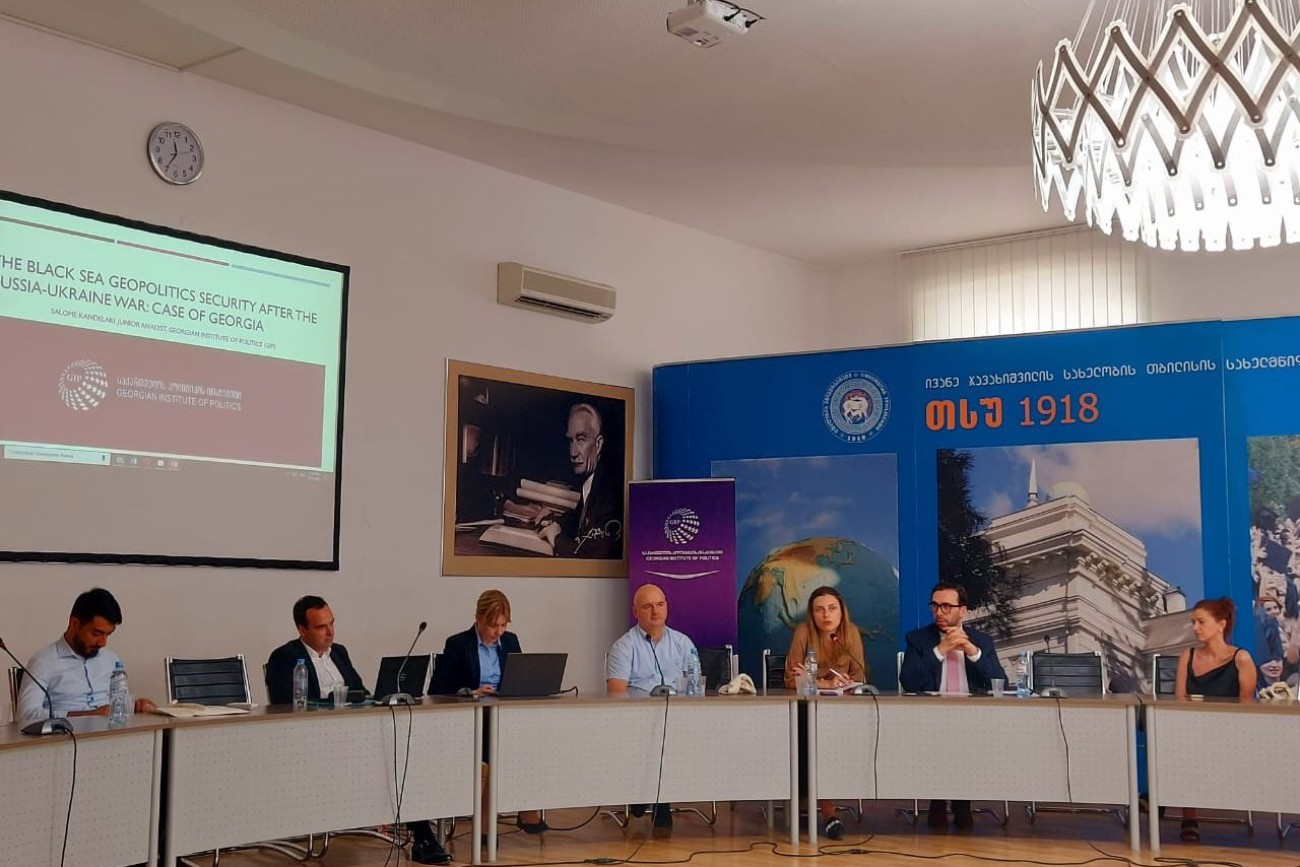 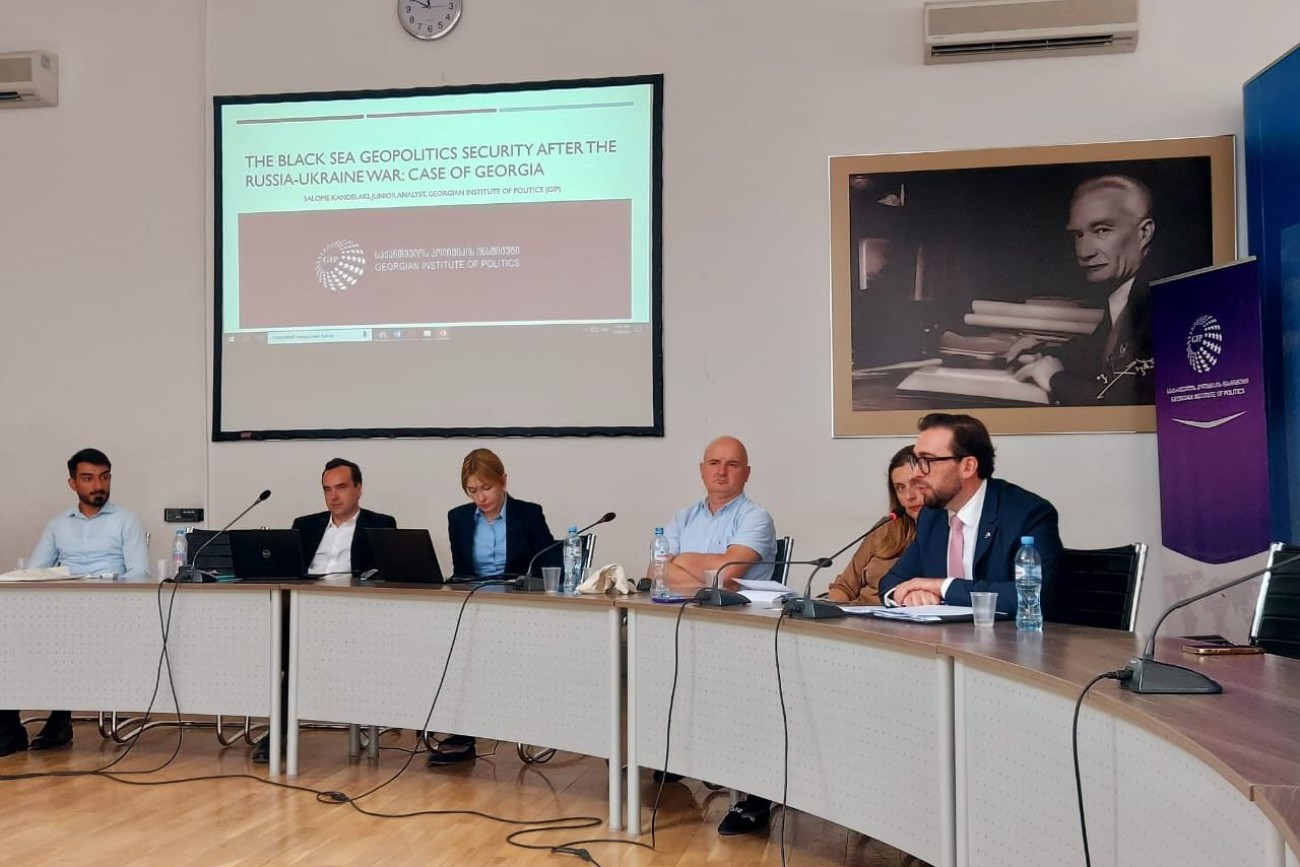 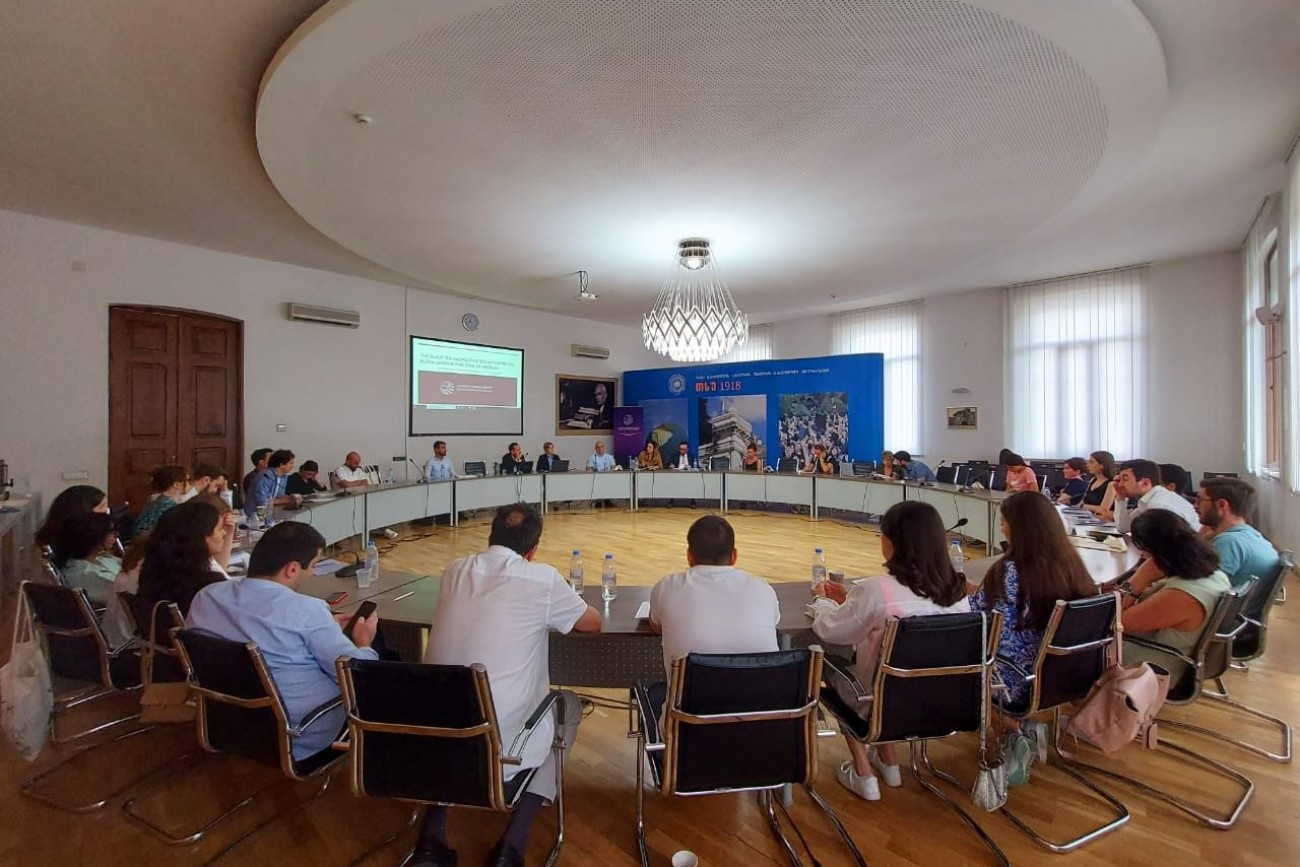