On January 25, Georgian Institute of Politics (GIP) organized the second online movie-discussion based on the 3 following documentary videos:

The event was part of the public discussion series “Analysing Illiberal Tendencies in Georgia”. The discussion series, which is financially supported by the Open Society Georgian Foundation (OSGF), aims at revealing the factors causing the emergence of far-right radicalization in Georgia.

The aim of the discussion was to understand to what extent could journalists prepare objective and balanced content while broadcasting the narratives and actions of the far-rights groups. Also, where is the line between balanced coverage and the encouragement of radical right-wing narratives.

The moderator-discussant of the event, Marina Vashakmadze (Member of the European Council of “Euronews Georgia”), briefly summarized the DW documentary “Right-wing Populists and the European Union” and facilitated the online discussion.

She drew parallels between the narratives and pathos of the EU’s ultra-right nationalists and illiberal groups in Georgia, spoke about the fear of ultra-right nationalist groups regarding migration, their peculiar attitude towards the EU and their refusal to denounce fascism which is put in question by their symbolism. According to Marina Vashakmadze, there are many similarities between the anti-liberal groups in the EU countries and Georgia, but the situation in Georgia is more complicated and neither the state nor the media can ignore it. Speaking about the coverage of their activities in the media, she focused on the need for high professional responsibility of journalists and protection of journalistic ethics. 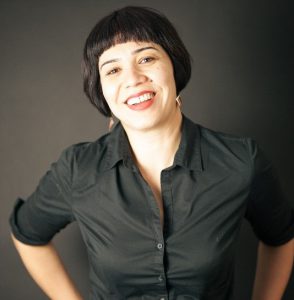 The next speaker of the discussion was Rayhan Demytrie, BBC journalist covering the South Caucasus & Central Asia.

Ms. Demytrie talked about filming her documentary “Georgia’s Rave Revolution”- She talked about how challenging it was to interview the far-right groups in Georgia while preparing the documentary. She also drew parallels between Georgia and other European States about discourses of the far-right politicians. According to her, the so-called Coverage of Basian’s protest allowed these politicians to identify anti-liberal groups. Despite a Transparency International study focusing on Russian funding for certain ultra-right nationalist groups or parties, the Georgian media did not adequately cover the issue. During the conversation, she recalled her interview with the leader of the Georgian March – Sandro Bregadze, where the leader of the Georgian March equated his visions with the visions of Donald Trump and was very proud of that. Rayhan recalled another interview where Giorgi Chelidze, one of the leaders of the ultra-nationalist movement, had a gun in his pocket while recording the interview. By that, Rayhan Demytrie highlighted the fact that journalists often do not feel safe while reporting, especially when covering the activities of similar groups.

Another speaker of the discussion was Eka Kevanishvili, Journalist of Radio Liberty in Georgia. Her speech was dedicated to the existence of far-right radicalization in Georgia. She mostly concentrated on the case of Vitaly Safarov whose trial was covered in detail by her. Throughout this process, the journalist was particularly surprised that most of the members of the government she interviewed did not know the reason of Vitaly Safarov’s murder. Moreover, according to some of them, it was not even worth focusing on small, useless groups. According to Eka Kevanishvili, this clearly showed the government’s negligent attitude towards these groups.

Like BBC journalist Reyhan, Eka noted the fact that the coverage of a particular case posed some threat to her as well. She recalled her first experience when she had to cover a live demonstration of ultra-right nationalist groups, when violent calls were heard at the rally. She realized that broadcasting everything was inadmissible and she still had to explain that she was distancing herself from what was happening there.

After the speeches, the audience was given the opportunity to ask questions and express their opinions. The comments of the journalists who participated in the discussion from different regions of Georgia were interesting. They were focused on the tendency of the narratives of the ultra-right nationalist groups in the regions that spread rapidly. At the end of the discussion, all speakers agreed to focus more on the regional issue in the future.

The online event took place in Zoom and was conducted in English and Georgian languages.