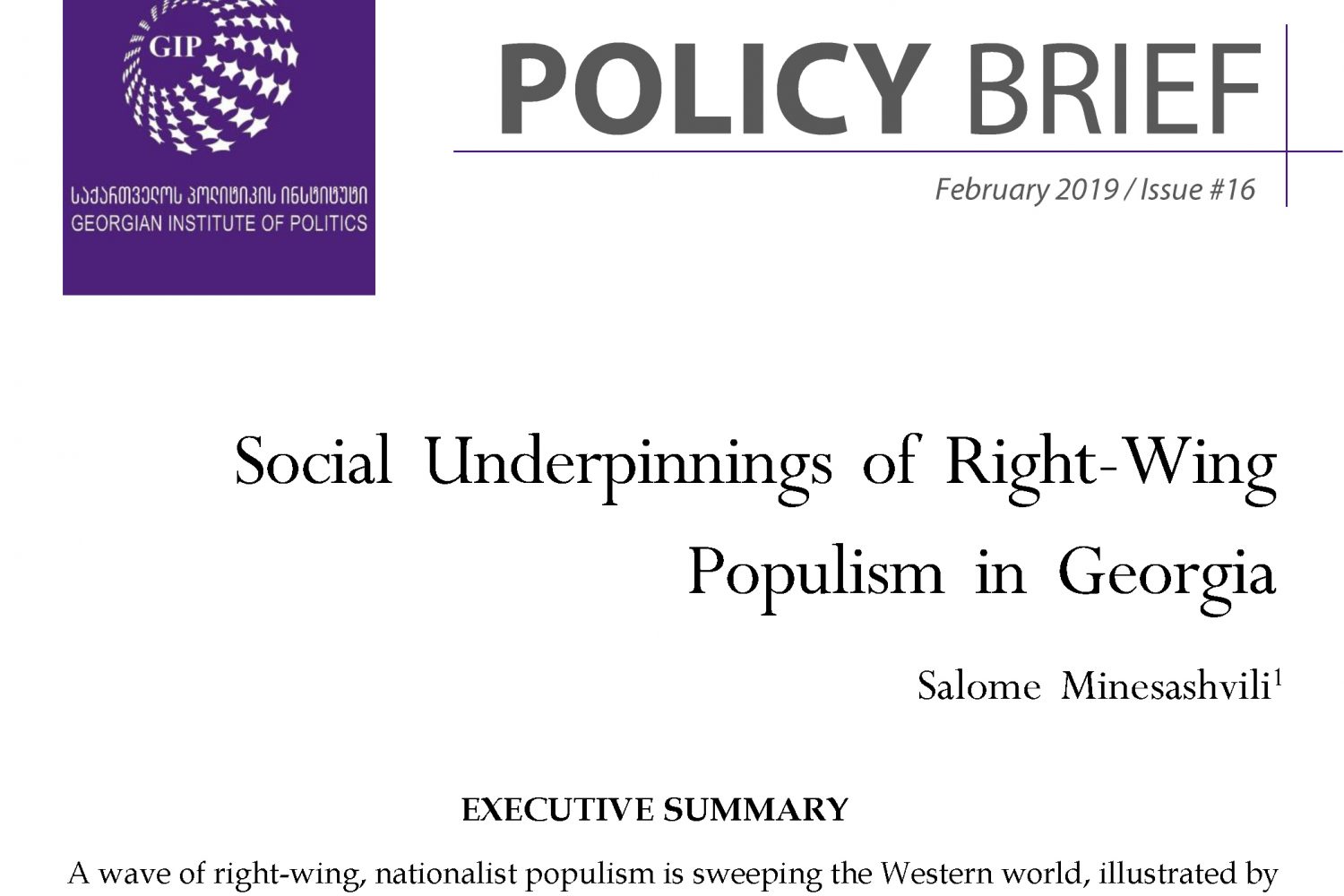 A wave of right-wing, nationalist populism is sweeping the Western world, illustrated by Brexit, the election of US President Donald Trump and the rise of right-wing parties across Europe. Although neither populism nor right-wing movements are new to Georgia, the combination of the two and their legitimization by legislative rights is a more recent development over the past two decades. As a result of the 2016 parliamentary elections, the Alliance of Patriots of Georgia, which is commonly assumed to be a right-wing populist party, managed to overcome the 5% threshold and secure seats in the legislative body, while several liberal parties were left behind. This development has taken place against the background of the increased visibility of far-right groups. And, while they are nothing new for Georgia, the extreme right-wing movements have become especially active in the country over the past three years.  While far right groups in Georgia remain rather marginal, they are increasingly making advances and the potential for them to gain momentum is vividly present.

The rise of right-wing populism is arguably related to multiple factors affecting societies in developed states. Economic grievances after the financial crisis partly explain the increased support for radical parties, while some attribute a major role to cultural backlash against liberalism and increased levels of social conservatism, especially in terms of attitudes towards immigration. Others combine two of the main points —liberal normative order as well as economic troubles have left parts of society isolated and marginalized.  It is precisely these disenfranchised members of society who are the most inclined to become supporters of radical political parties.

Georgian right-wing populist parties and movements are also picking up points on migrants and basic arguments against liberalism that are similar to those being used by right-wing populist parties across the West. Taking into consideration the marginal positions in society, do these groups have the chance to secure increased support in Georgia? To what extent do they reflect social values in Georgian society and thus have a potential base for support? And are there developments, in terms of Georgians’ economic and social views, that can also shed light on the increased visibility of right-wing populist groups?