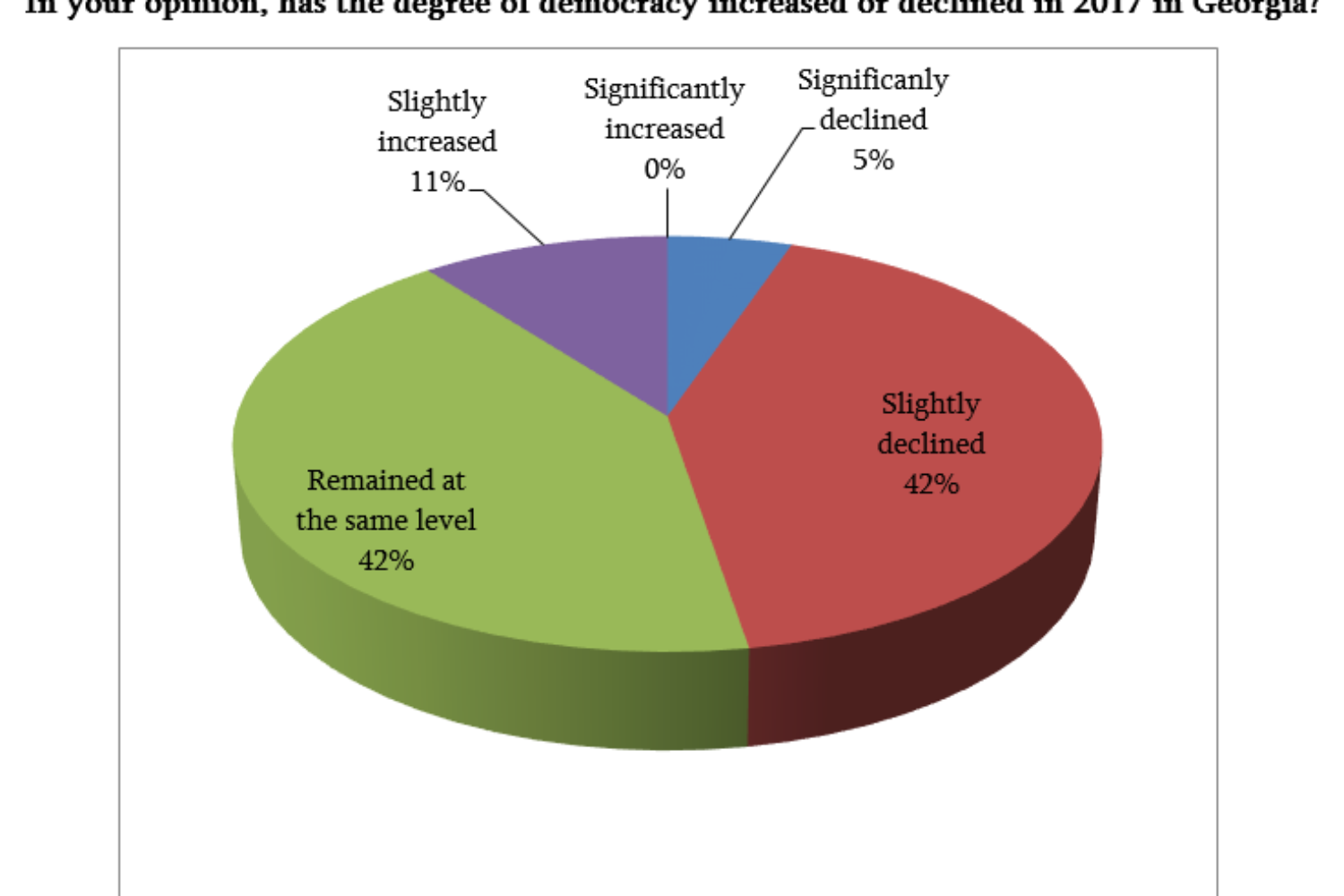 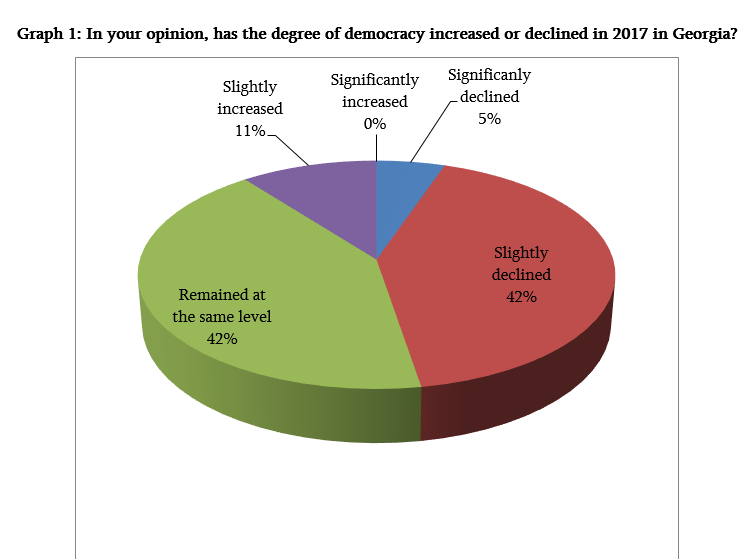 The Georgian Institute of Politics (GIP) conducted a survey to sum up 2017 as part of the “expert polls” project. The poll collected opinions and assessments about the ongoing political and economic processes in the country and its future prospects from 20 well-informed Georgian and international observers. Both Georgian and international experts expressed similar opinions, which served as a good reflection of the ambivalent results achieved by the Georgian government in terms of democratization, social, economic and foreign policies in 2017.

Graph 1: In your opinion, has the degree of democracy increased or declined in 2017 in Georgia? 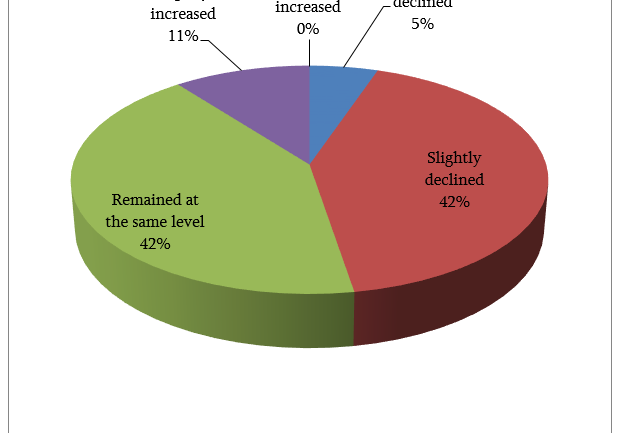 Graph 2: How would you evaluate the impact of 2017 constitutional amendments on Georgia’s democratic development? 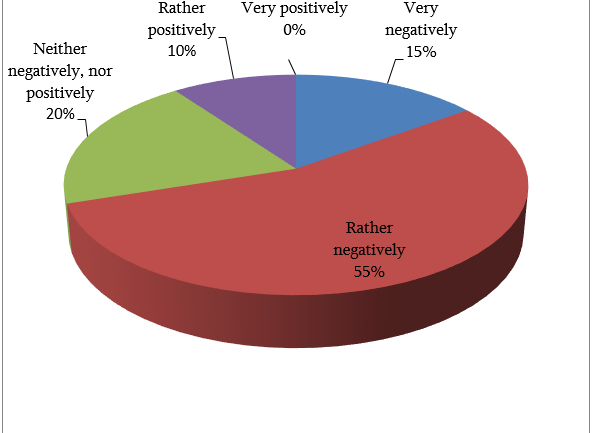 Experts were divided on the issue of the degree of press freedom (Graph 3): 40 percent of respondents said that the degree of freedom of media has “slightly declined” – and an equal number believed that it “remained at the same level” in 2017. 20 percent said that it “slightly increased” (Graph 3). 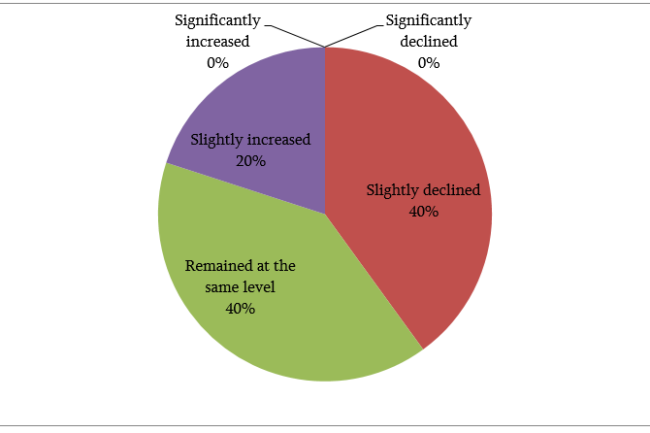 The opinions expressed by the experts who participated in the poll seem to indicate that economic and social policies remain the government’s Achilles’ heel, as the GD government received the most negative assessments (Graph 4, 5) in those two areas. 65 percent of pundits “rather” or “very” negatively evaluated the performance of the Georgian government. Only 5 percent of respondents said that the economic policies driven by the government were “rather” positive (graph 4), while the area of social policy was positively evaluated by only 10 percent of the surveyed experts (Graph 5).

Graph 4: How would you assess the overall performance of the Georgian government in the economy? 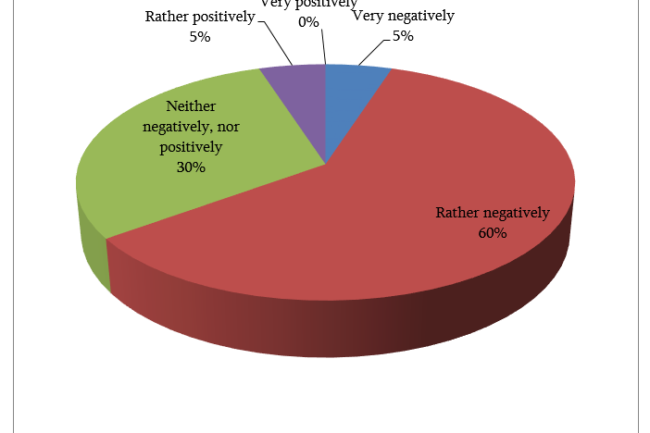 Graph 5: How would you assess the overall performance of the Georgian government in the area of social policy? 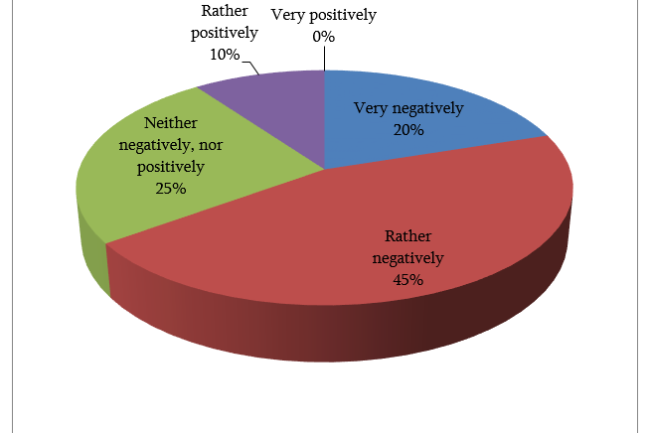 Foreign policy remains the only sphere where experts viewed the government’s efforts more positively than negatively (Graph 6). Overall, 40 percent of the respondents assessed performance of the Georgian government in foreign policy “rather positively’’ and only 25 percent assessed it “rather negatively”. This overall outcome is similar to the responses from the previous expert poll conducted by GIP in the beginning of 2017; the GD government also received the highest number of positive evaluations in the area of foreign policy in that survey.

Graph 6: Overall, how would you assess the performance of the Georgian government in foreign policy? 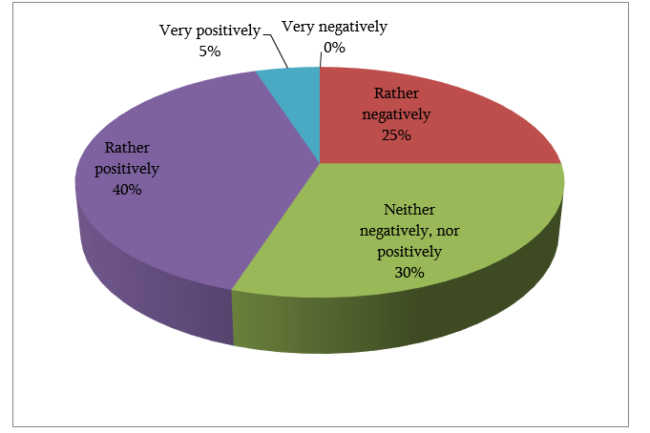 In addition to standard questions, GIP also asked its respondents to name three political developments or governmental decisions that had the biggest negative or positive impact on the quality of democracy in Georgia in 2017 (Table 1, 2). The constitutional amendments topped the  list of negative political events and developments (Table 1), with the majority of Georgian and international experts reporting that the changes will negatively affect the quality of democracy in Georgia. A minority of respondents disagreed, however, arguing that changes to the constitution were a positive political development, in large part due to the fact that the Georgian government took into consideration the recommendations of the Venice Commission (Table 2). Additionally, the Georgian government’s position on the Rustavi 2 TV case received both positive and negative assessments in the survey and, as a result, it was included on both lists. Concerning other political processes, experts’ opinions are more unequivocal: while the reforms at the Public Broadcaster and in the judicial system were negatively assessed, the decriminalization of soft drugs and the appointment of Georgia’s new Public Defender were seen as positive developments.

Table 1: Please, name three political developments or governmental decisions that had the most negative impact on the quality of democracy in Georgia in 2017.

Table 2:  Please name three political developments or governmental decisions that had the most negative impact on the quality of democracy in Georgia in 2017.

Survey respondents largely agreed with society’s positive attitude towards Georgia achieving the visa liberalization agreement with the EU, which was expected. In response to the question “What was the biggest achievement of Georgian government in 2017?” the introduction of visa-free travel to the Schengen zone was unambiguously the leader. Bilateral relations with the US, specifically the deepening of cooperation in the field of security and the issue of Tbilisi’s possible purchase of Javelin missiles from the US, came in second. It should be noted that a significant part of the achievements credited to the Georgian government were related to foreign policy: out of the six most frequently mentioned issues (those that received three or more votes from respondents), five were related to the field of foreign policy (Table 3).

The depreciation of Georgian currency – Lari (GEL) was widely viewed by pundits as the government’s most unsuccessful policy in 2017 (Table 4). Respondent also negatively evaluated developments in the area of effective governance (performance of the ministries, crisis management) and the quality of democracy as well as the counterterrorism policy and the level of domestic security.

The survey also asked the experts to identify the biggest challenge facing the country in 2018. According to pundits, the main challenges for the government will be linked to the economy and social issues (Table 5), including the further devaluation of the Lari.  Both Georgian and international experts agree that a devaluated currency and  slow economic growth remain the number one problem for the country. Additionally, the country’s unresolved conflicts with breakaways Abkhazia and South Ossetia and the complex geopolitical situation in the region are seen as serious challenges that have gained importance in the context of issues with domestic security and terrorism.

Table 5: In your opinion, what will be the biggest political, economic and social issues that Georgia will face in 2018?

In conclusion, survey respondents reported very different views on the Georgian government’s performance in 2017. The government’s work was most positively assessed in the area of  foreign policy; its social and economic policies received the poorest marks. Experts differ in their views on how democratically the GD governed the country in 2017, but most respondents negatively assessed the 2017 constitutional amendments. Generally, it can be noted that throughout the year, the opinions of well-informed Georgian and international observers did not significantly change. A similar expert poll conducted in February 2017 by GIP resulted in identical outcomes: the performance of the government was evaluated as relatively successful in the realm of foreign policy, while efforts in economic and social areas were negatively assessed. In the previous survey, opinions were the most divergent in areas concerning democracy and human rights. Based on these results, it appears that the expert community is having difficulty deciding how well the Georgian Dream government is protecting the quality of democracy in the country.