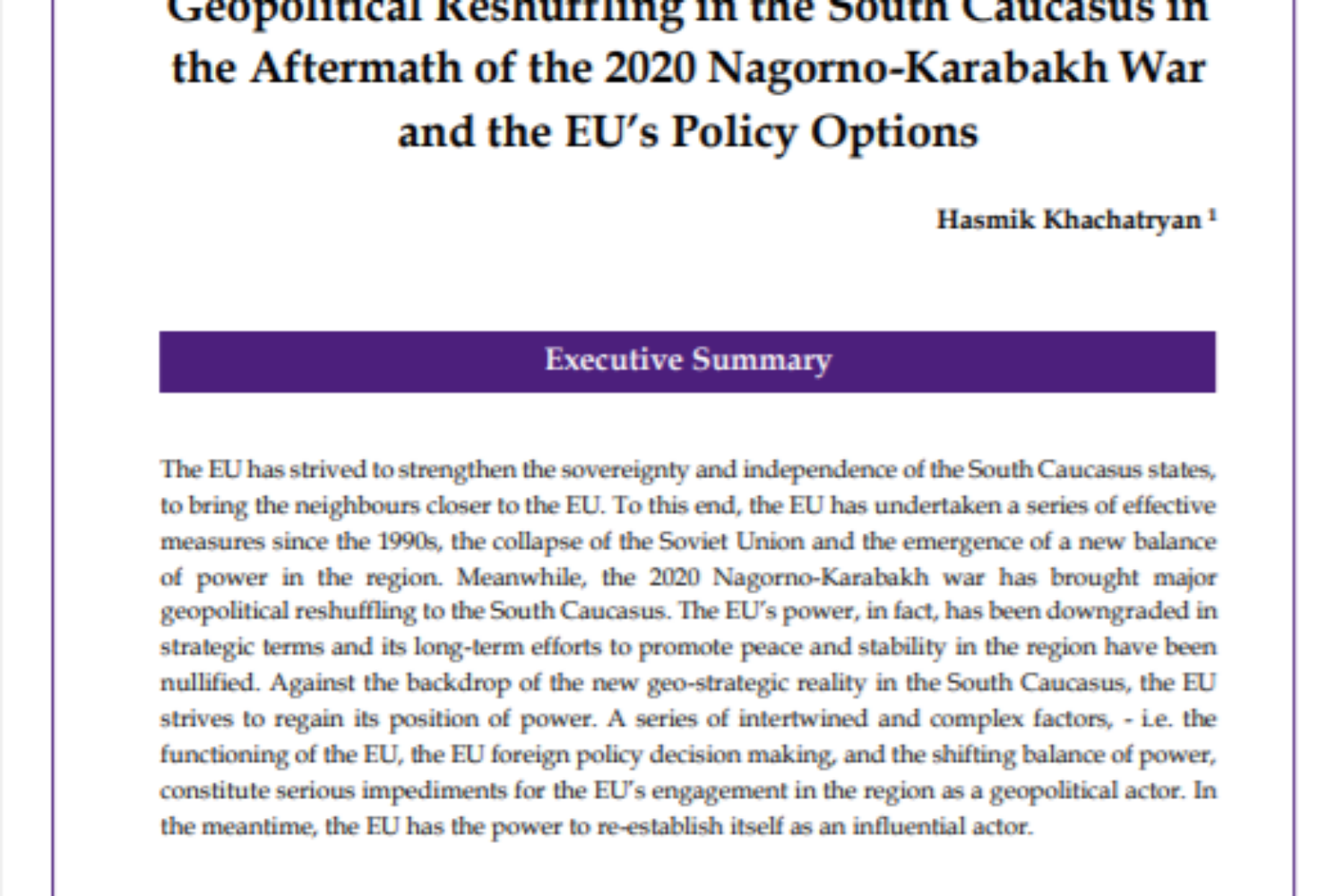 The EU has strived to strengthen the sovereignty and independence of the South Caucasus states, to bring the neighbours closer to the EU. To this end, the EU has undertaken a series of effective measures since the 1990s, the collapse of the Soviet Union, and the emergence of a new balance of power in the region. Meanwhile, the 2020 Nagorno-Karabakh war has brought major geopolitical reshuffling to the South Caucasus. The EU’s power, in fact, has been downgraded in strategic terms and its long-term efforts to promote peace and stability in the region have been nullified. Against the backdrop of the new geostrategic reality in the South Caucasus, the EU strives to regain its position of power.

A series of intertwined and complex factors, – i.e. the functioning of the EU, the EU foreign policy decision making, and the shifting balance of power, constitute serious impediments for the EU’s engagement in the region as a geopolitical actor. In the meantime, the EU has the power to re-establish itself as an influential actor.