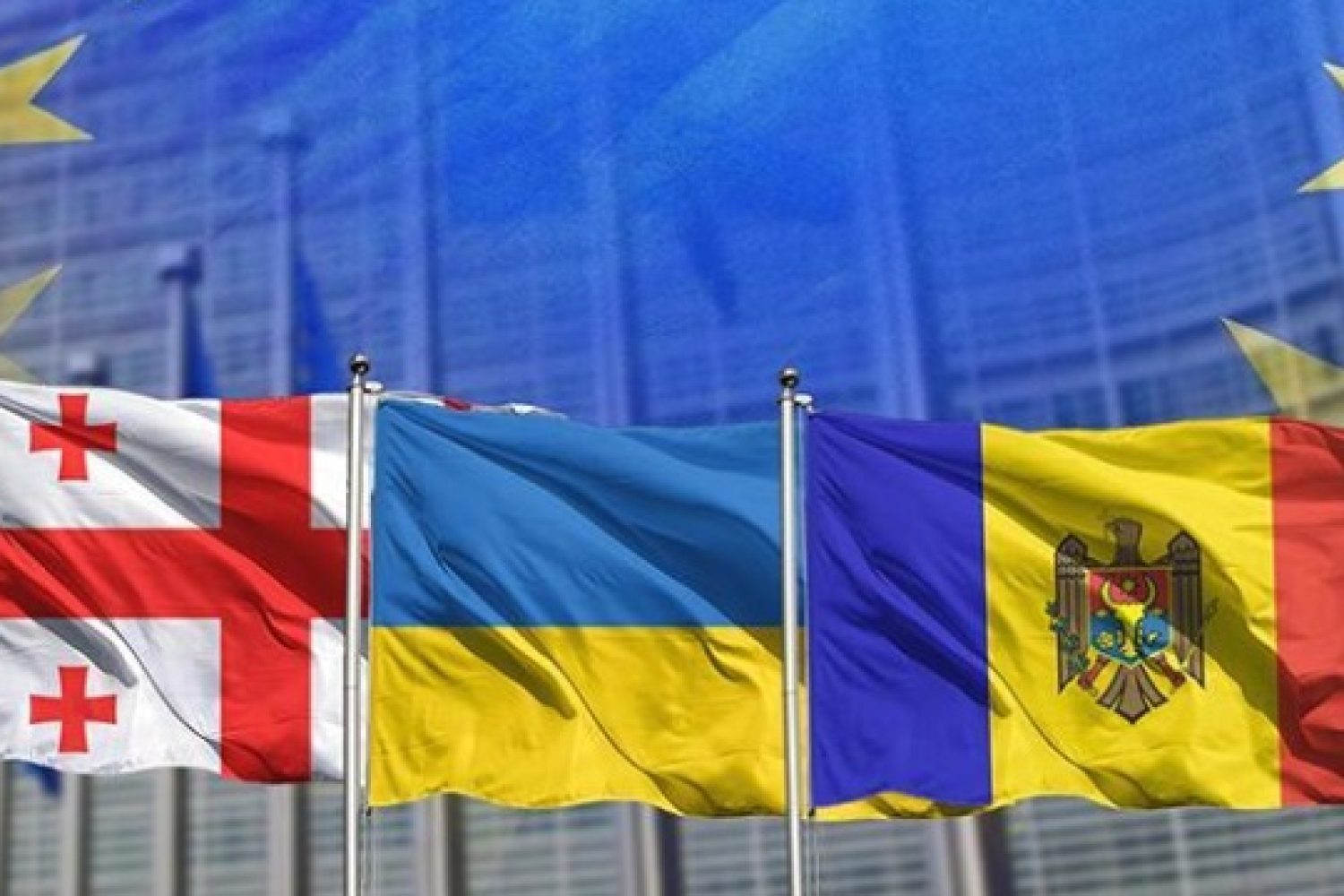 When Russia launched a full-scale military intervention in Ukraine in February 2022, the European Union’s Eastern neighborhood changed forever. The threat of a new Iron Curtain seems to be more real than ever before, and countries of the Eastern Partnership have to pick a side.  Georgia, Moldova and Ukraine applied for EU membership candidate status, clearly indicating which side they which to be on.

The upcoming week is going to be decisive in this regard, as the European Commission will issue its recommendations on June 17 and the European Council will gather to take a final decision at the end of the month. Yet, while the European Union might be ready to take a major geopolitical decision and provide fast-track membership candidate status to the Associated Trio countries, the Georgian political elite seems less prepared for the possibility. The European Commission remains divided on whether Georgia deserves the status following recent democratic backsliding, while statements from the Georgian officials contribute even more to that ambiguity.

With a historic decision just around the corner and Georgian political elite lost in domestic petty fights, it remains to be seen whether Georgia will receive candidate status without any preconditions. The final decision of the European Council is still unknown. This essay offers possible scenarios and their implications for Georgia.

The Good: candidacy status without preconditions

Although there are some questions regarding Georgia’s democratic backsliding and the government’s commitment to European integration, geopolitical realties might influence European leaders’ decision. In the best-case scenario, all three Associated Trio countries are granted EU candidate status and their European perspective is recognized by Brussels.

This outcome would be motivated mostly by geopolitical realties and the threats posed by Russia. If Brussels makes this decision, it would send a very important message to the Kremlin that the European Union is willing and ready to take on the challenge and confront President Putin’s aggressive behavior.

If Georgia is granted membership candidate status despite the current internal political context, this will boost pro-Western sentiments across the country and considerably damage increasing anti-Western propaganda in the country. Such a decision would also reinforce the idea that Europe welcomes Georgia as one of its own and the painful reforms conducted under the Association Agreement were worth it. Most importantly, it could bolster the democratization reform agenda and reverse some of the alarming developments that have taken place recently. It would likely help improve the soured relations between Georgia’s Western partners and the ruling party and contribute to the depolarization and democratization processes in Georgia.

Granting candidate status to all three countries equally would also breathe new life into the Associated Trio and probably even revive the Eastern Partnership’s “more for more” principle by illustrating to other Eastern neighbors that their hard work and effort will pay off. Nonetheless, as the EU remains divided over the question of Georgia, this scenario—while the best possible outcome for Georgia—is the least likely.

The Bad: Ukraine – given candidacy status, not Georgia and Moldova

Considering the difficult position Ukraine is right now and the fact that the “fast-track” option for EU candidate status was possible due to the fearless fight the Ukrainians have put up against the Russian invaders, the chance of them getting the status is higher than the other two Associated Trio countries. In the words of one of the EU officials, the Commission should not forget that Ukraine is the only country where people have been shot for carrying the European Union flag.

Therefore, in this scenario, it might transpire that Ukraine is granted candidate status and Moldova and Georgia are given potential candidate status, i.e., they would be promised candidate status in the future if certain conditions are met. These preconditions might include addressing the recent challenges that the Georgian democracy has been experiencing. It might even include the call for return to the reform agenda, “A way ahead for Georgia,” proposed by the President of the European Council Charles Michel.

Implications of this scenario very much depend on how much the Georgian government is willing and ready to implement those reforms. So far, based on the statements and comments by officials in Tbilisi, it seems that the ruling party is not willing to compromise. If Georgia and Moldova receive a similar deal, it could make the Georgian government’s position stronger as it will be easier to argue that Ukraine received “special treatment” due to the war.

This would also have an implication for the Associated Trio as the three countries’ European integration process would follow different tracks. In addition, it would increase pro-Russian sentiments among the Georgian population to an extent and bolster EU-sceptic and populist groups’ propaganda.

The Ugly: Ukraine and Moldova granted the status, Georgia is not.

In the worst-case scenario, both Ukraine and Moldova are granted candidate status and Georgia is given certain preconditions or a promise of the status in the future. Such a decision, if taken, would be motivated by recent developments in Georgia and soured relations between the government and Western allies. While Georgia is a frontrunner when it comes to the implementation of the Association Agreement and synchronization with EU standards and legislation, the domestic political context overshadows the country’s successes in this regard. In addition, there is a geopolitical argument made against Georgia by some enlargement-sceptic EU member states, such as France, to disassociate Georgia from Moldova and Ukraine based on geopolitical considerations.

Similar to the previous scenario, in this scenario, the preconditions that Georgia might be given would include a return to the so-called Charles Michel agreement or at least a comprehensive reform agenda to return to the democratization track. It should be mentioned that in the scenario where Moldova is also not granted full candidate status, the Georgian government would have more leverage to oppose the reform agenda. However, if Tbilisi is the only one that does not receive the status, it would have major implications for the government. The Georgian government may lose its external as well as internal legitimacy entirely and may resort to more authoritarian practices and coercion internally to extend its stay in power. While the pro-European agenda is very important for the majority of Georgians, political dynamics in the country are shaped by domestic political issues including party-led radicalization and societal polarization.

Just a few days remain until the European Council decides on the candidate status of the Associated Trio countries. Considering current developments and the price Ukrainians are paying at the moment, it is likely Kyiv will be granted the status. However, recent developments have suggested that the fate of Georgia is less clear. It is true that the country remains the frontrunner when it comes to the implementation of the Association Agreement. The current political context and recent attacks on Western partners by the ruling party, however, suggest that Georgia might receive provisional or potential status with preconditions, rather than full-fledged candidate status.

It is important for the European Union to illustrate that, despite the Georgian government’s recent ambiguous and controversial statements, Brussels stands with the Georgian people. The European Union also needs to demonstrate its support for Georgians, who are still vulnerable to Russian aggression. Additionally, it needs to support the Associated Trio and boost this format as a success story in the region. This can be only achieved if member candidate status is granted to all the three countries and their integration process remains in one basket.