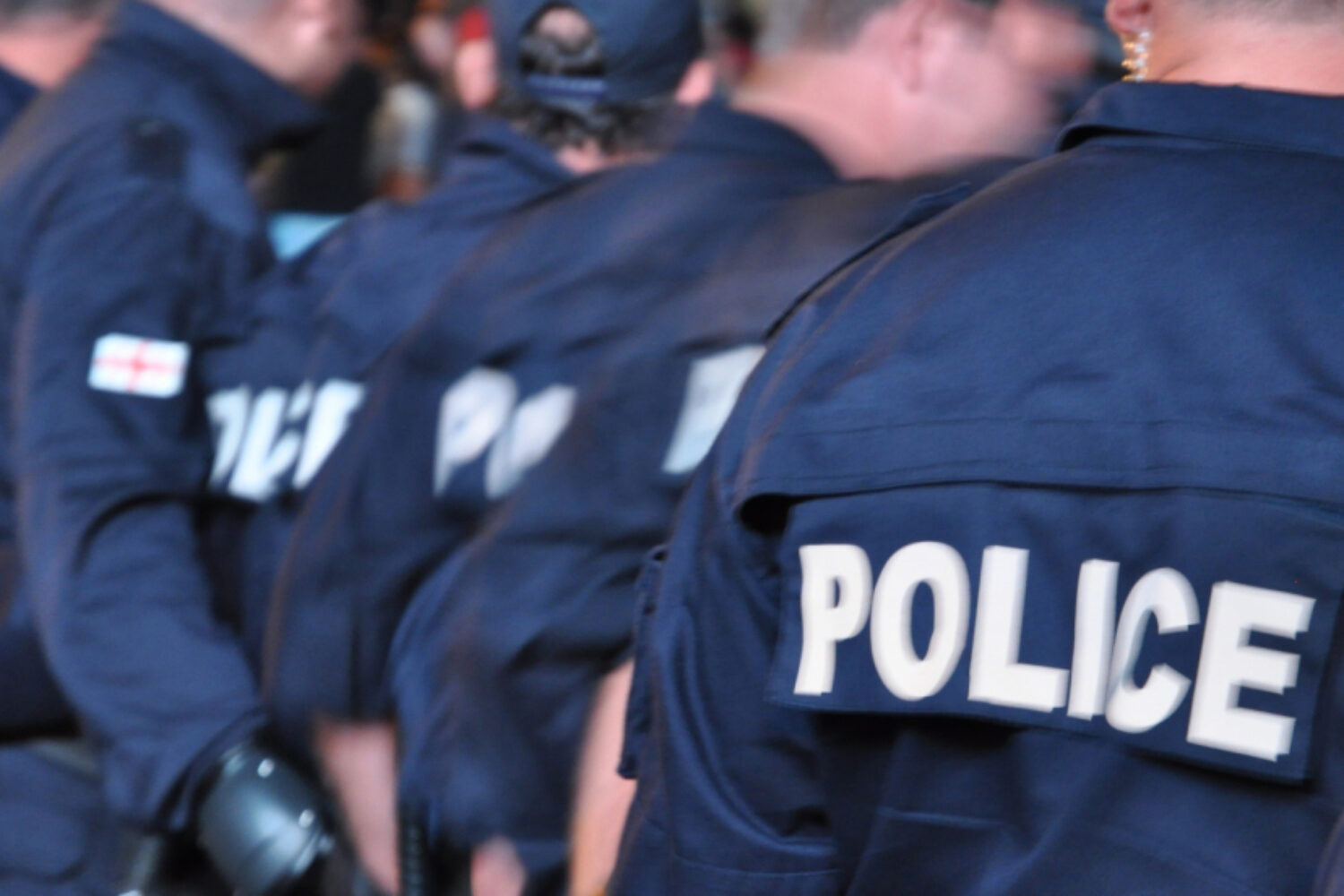 On December 1, two schoolboys were stabbed to death in a violent incident on Khorava street in downtown Tbilisi. The day before, on November 30, the court hearing for Azerbaijani journalist Afgan Mukhtarli, who was abducted from Tbilisi in May allegedly by members of Georgia’s security services, concluded in the Belakan province of Azerbaijan. These two events are seemingly unrelated, but in fact they are interlinked in fundamental ways.

On December 3, Georgia’s minister of interior complained that law enforcement officials questioned roughly 150 individuals (including parents of the schoolchildren, family members, and legal representatives) in relation to the tragedy in downtown Tbilisi, but only a few collaborated with the investigation. The same day, a Georgian MP wrote a Facebook post complaining that none of the 15 direct witnesses spoke to the police. In this blogpost, I will address the non-cooperation with the police. I argue that the key problem is fundamental distrust of formal authority in Georgian society.

The literature on compliance with the law distinguishes between coerced compliance based on repressive social control and normative compliance based on the perceived legitimacy of the law and the police. Compliance during the Saakashvili years focused mainly on the former rather than the latter. The police dealt with legal nihilism through the “tough on crime” approach and tried to undermine the code of silence through plea bargaining deals. These policies resulted in dramatic decreases in crime but have not been successful in generating voluntary compliance built on the people’s recognition of the police as representing legitimate authority. As myself and Gavin Slade demonstrated in a recent article, “change of mentality” remained wishful thinking.

The Georgian Dream government has adopted a more lenient approach toward crime, declaring mass amnesty. However, it has made the same mistake of not supplementing that with policies oriented toward longer-term impact (civic education, developing bonds between the criminal justice system and society, etc). As a consequence, trust in the police as well as the perception of police legitimacy has decreased significantly. By April 2017, only 37 percent of Georgians rated police performance as “good” or “very good”, down from 60 percent as recently as November 2013. Some have argued that crime rates have increased and the equilibrium in Tbilisi neighbourhoods has tilted in favor of criminals. In short, neither zero tolerance nor more lenient policies have resulted in increased trust in the police, something which is a key pillar of citizens’ cooperation with the criminal justice system.

Indeed, aversion to “snitching” is related to the code of behaviour of the criminal underworld, so-called “thieves-in-law.” The code of silence has been enforced by traditional organized crime groups like the Sicilian Mafia, Japanese Yakuza, and various kinds of urban gangs. In societies where organized crime have successfully replaced the state as an arbiter and dispute settler, criminal rules have become dominant in the society. However, this goes beyond the impact of criminals. It is not only about individuals who have internalized criminal norms of behaviour. As one researcher wrote, snitching can be considered a symptom of “deficient masculinity” and, according to this narrative, “a man must, to be a man, have a code, and the ability to keep vital information secret is often part of it.” Interestingly, the researcher is writing about the Norwegian context, one of the most law-abiding societies in the world. Other studies found evidence of the “code of the street” in other developed countries including US and UK, where refusal to help the police is part of maintaining one’s position of respect, autonomy, and masculinity.

As Merton’s theory of “strain” predicts, snitching is particularly discouraged in segregated and impoverished communities that feel alienated from the state and prefer loyalty to the community over loyalty to the state. In these communities, common experiences of social inequality and disadvantage bring young people together in ways that lead to them to reject the normative values of mainstream society. In predominantly African-American communities in the US, for example, it is common to privilege the familiar (one’s own neighborhood) over the remote (one’s own state) and refuse to collaborate with the police against known offenders.

One can use Merton’s theory in the context of the Soviet legacy and the resulting citizens’ alienation from the state as an explanation of anti-snitching behaviour. However, causal links are much less clear in this argument, partially because the Soviets actually encouraged snitching (“donositelstvo”) and because many of the young people who chose not to collaborate in the Khorava street investigation were born in the 2000s; i.e.; long after the Soviet state ceased to exist.

Hence, rather than focusing on the impact of thieves’ code (which is not helpful because snitching is discouraged in other social contexts as well) and thinking beyond the normative argument (which is also not helpful because it is tautological: Why don’t people cooperate with the police? Because they don’t believe in cooperation); it is better to think of non-cooperation as a “bad equilibrium” and ask the question of how to get away from it.

Non-cooperation can be thought of as a sub-optimal Nash equilibrium where no-one cooperates because everyone believes that everyone else does not cooperate. Some (if not most individuals) may well understand that their collaboration may serve the public interest, but they still choose not to cooperate because they know that no one else will cooperate. In the jargon of game theory, non-cooperation is a dominant strategy and there is no profitable deviation from it. How can we get away from this bad equilibrium? One way is for investigators to play interviewees off one another, getting one to believe that another has already collaborated and vice versa (the classic “prisoner’s dilemma”). For a more fundamental shift, however, one needs a change in belief so that everyone starts to believe that cooperation is a preferable action/strategy to the others. But how does one achieve change in beliefs? The change can be brought by demonstrating and convincing society that formal authority (especially the police and criminal justice system) always act fairly, justly, and honestly.

In the academic literature, this is known as “procedural justice” and defined by such goods as transparency, neutrality, voice, and respect in citizens’ interactions with the law. Procedural justice is embedded within a larger concept of justice and is not necessarily conditioned by direct experience with the police. Rather, it depends largely on whether citizens perceive that they are receiving fair and respectful treatment by the criminal justice system and other decision makers. Numerous studies corroborate the hypothesis that citizens’ views of the law are contingent on procedural fairness, bringing about a moral sense of obligation to following the law, and motivating willing consent and voluntary cooperation.

Hence, much depends on the credible commitment by the criminal justice system that no one will be punished unfairly and that everyone will be punished on equal terms. In our 2015 survey, 57 percent of the respondents agreed or strongly agreed with the statement that “rich businessman and politicians in Georgia are less likely to go to jail” while only nine percent disagreed or strongly disagreed (22 percent neither agreed nor disagreed and 10 percent did not know). This already indicates a major deficiency in procedural justice. Furthermore, there is little change in results concerning the obligation to follow the law between 2011 and 2014: In 2014, 55 percent of respondents believed innocent people are imprisoned “often” or “occasionally”, just as many as believed that in 2011.

In other respects, the Georgian Dream government has done much worse. A CRRC survey from 2011 that asked respondents to evaluate their trust towards institutions on a five-point scale showed that 28 percent of Georgians “fully trust” and 39 percent “somewhat trust” the police. Six years later, in 2015, those figures had fallen to 13 and 32 percent, respectively. The perceptions of independence and impartiality of the court have further worsened given certain high-profile cases, including the case of the TV station Rustavi 2. Overall, in our survey only 15 percent agree or strongly agree with the statement “I am satisfied with the justice system in Georgia” while 37 disagree or strongly disagree (33 percent neither agree nor disagree and 14 percent do not know).

In fact, it is the corrupt, unjust, and unfair nature of the Georgian state and its criminal justice system that enables non-cooperation with police. Educating schoolchildren on law-abiding behaviour and reinforcing the school guardianship institute (mandaturi) are necessary but not sufficient conditions. The key is to cultivate high legitimacy for state institutions, especially the criminal justice system.

In discussing current public attitudes toward the state, more cooperation with the police could have been achieved if: the Georgian government  had honored the supremacy of fundamental human rights (guaranteed by the Constitution of Georgia) and rejected the requests of the authoritarian (although Tbilisi-friendly) regime of Azerbaijan to give up Afgan Mukhtarli; the government had learned from the mistakes of the previous regime and not tolerated Kezerashvili-type untouchables (for example if Otar Partskhaladze had been indicted in the case of violently attacking the head of state audit office); and the government had curtailed the bad practice of planting drugs as well as punished policemen involved in such activities.

Indeed, such measures should have been supplemented by promoting transparency in the courts as well as community-led policing programs and police re-training for effective engagement with members of public, including integrating teaching on law-abiding behavior into school curricula.