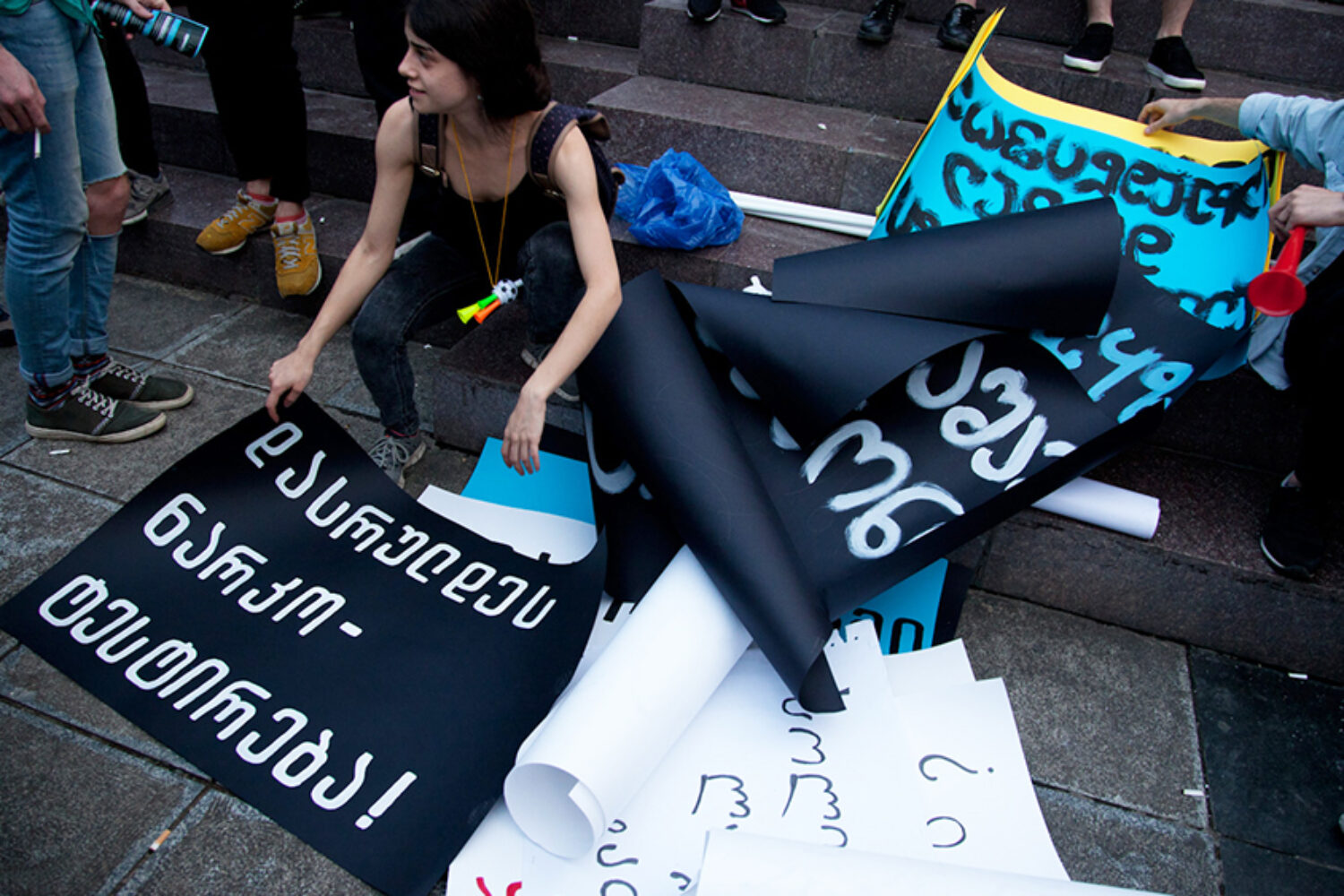 The Georgian zero-tolerance drug policy, inherited from the Saakashvili administration, has faced wide criticism lately. Revisions are currently being discussed at Parliament, based on the recommendations of the  Georgian Drug Policy Platform. In the context of a tense social debate, punctuated by street demonstrations, the question of mandatory drug testing, together with criminal liability, is a key issue. However, little has been said about Georgia’s policy of mandatory Workplace Drug Testing (WDT) which is much stricter than the accepted practice in neighboring countries, such as Armenia, Azerbaijan. In both European countries and Georgia, WDT is a complex topic to address. The issue of administrating drug tests to civil servants, which is mandatory according to Article 18 and 25 of the Law of Georgia on Public Service is thus even more sensitive. Moreover, as the proposed reform aimed to be well balanced, adding this particular question could be seen as rather radical in a country that is used to zero-tolerance drug policy. Until today, this fear of further stigmatization of advocacy groups have impair any constructive debate on the subject. Tackling the issue of mandatory drug testing for civil servants would be another opportunity for Georgia to align its national legislation and judicial practices with European standards. Overall, it will surely improve the human rights situation in the country and advance Georgia’s liberalization process.

It has been argued that the troubling past of independent Georgia, shaped by widespread drug addiction and the civil war, justify the existing drug policy, known as one of the strictest in the world —but the current policy has mainly strengthened existing biased amalgams between drug use and violence. Accordingly, it came as no surprise to see the WDT of civil servants still severely enforced and unquestioned. Moreover, in an atmosphere that does not promote constructive discussions on the subject, the question of WDT is probably one of the trickiest to address, as far as it encompasses ethical, legal and technical issues. Reviews of WDT policies in different countries have shown two distinct ways of tackling this issue.

Arguments in favor of WDT rely on employers’ responsibility to improve the safety of the work environment and the productivity of their employees. In this case, WDT is used as a preventive tool to reduce the risk of accidents, especially at workplaces where employees have a clear safety responsibility, particularly at construction sites and in the transportation and energy sectors.

This is the chosen approach of EU countries. There exists no common regulation at the EU level on this particular issue but there are similar practices across the member states. Article 12 of the UN Declaration of Human Rights; Article 8 of the  European Declaration on Human Rights; the 1996 ILO Code of Practice on Management of alcohol and drug-related issues in the workplace; and several EU directives on data protection, health and safety at work have provided the basis for harmonization among EU countries. In short, WDT are conducted only when necessary, proportionate, justified and reasonable, and in accordance to the degree and scale of risk implied in the daily tasks of the employee. This approach relies on a case-by-case basis and EU courts have only declared two cases against workplace drug testing inadmissible, based on the specific facts of these cases: Wretlund v Sweden (Application no. 46210/99), concerning a cleaner at a nuclear power plant, and Madsen v Denmark (Application no. 58341/00), concerning a ferry company employee. In these two cases, the security aspect of the job is clear. Moreover, when conducted, doctors are assessing if the employee “is fit for work.” The complete results of the test are not released in order to protect the privacy of the employee.

By requiring systematic drug test for all candidates for jobs in the public sector and the full disclosure of the results, the current WDT regulations in Georgia is clearly not in line with the principles and good practices of other European countries. The underlying rationale of this practice is to deter employee drug use by identifying job applicants who use drugs. This approach is widely used the United States and corresponds to a different type of pro-WDT argument, one that values deterrence more than evidence. Moreover, the work of civil servants —administrative, legal or political— does not present a safety and security risk, so the WDT appears unnecessary to ensure a safe working environment. It also appears to be a clear contradiction of the right to privacy enshrined in the UN Declaration of Human Rights and in the European Declaration of Human Rights.  The drug test protocol itself is intrusive, with no clear guidelines, which means coercive types of drug test are sometimes administered.

Last but not least, studies on the actual efficacy of WDT, especially WDT conducted to deter potential employees, have not produced credible and reliable evidences. This is notably due to the poor methodology used, sometimes coupled with the political or financial interest of public administration and laboratory. It can be assumed that this is especially the case in Georgia, for the historical reasons mentioned earlier. Moreover, it has been proven that the likeliness to test positive in a drug test can shift people to use less detectable drugs —which has been an issue in Georgia since the introduction of the zero-tolerance drug policy. Poly-substance drugs, such as Subutex substituting heroin, or Bio substituting marijuana, are often made with different and more harmful substances than traditional drugs. Their consumption has increased during the massive drug testing introduced in 2006 and 2007, proving once again that a zero-tolerance drug policy causes more harm than good. One should not exclude this possible side effect when discussing the benefits of mandatory WDT.

Finally, reconsidering the current WDT practices is necessary in order to build a comprehensive drug policy reform. An easy first step would be to avoid the full disclosure of the results to protect the privacy of the potential employee and to produce better protocol guidelines for the test itself. Shifting from deterrence to evidence-based arguments will bring Georgia closer to EU practices on the issue and, overall, will improve the human rights situation in the country. The recent changes in the public debate have created a suitable environment for these questions to be discussed, free from emotions and biased statements.

*Lorraine Vaney is an intern at Georgian Institute of Politics.

**Note: Author is thankful to Human Rights and Monitoring Center (EMC), Alternative Georgia and the White Noise Movement for the information provided during the research process.

***The views and opinions expressed in this article are the author’s alone and do not necessarily reflect the views of the Georgian Institute of Politics.