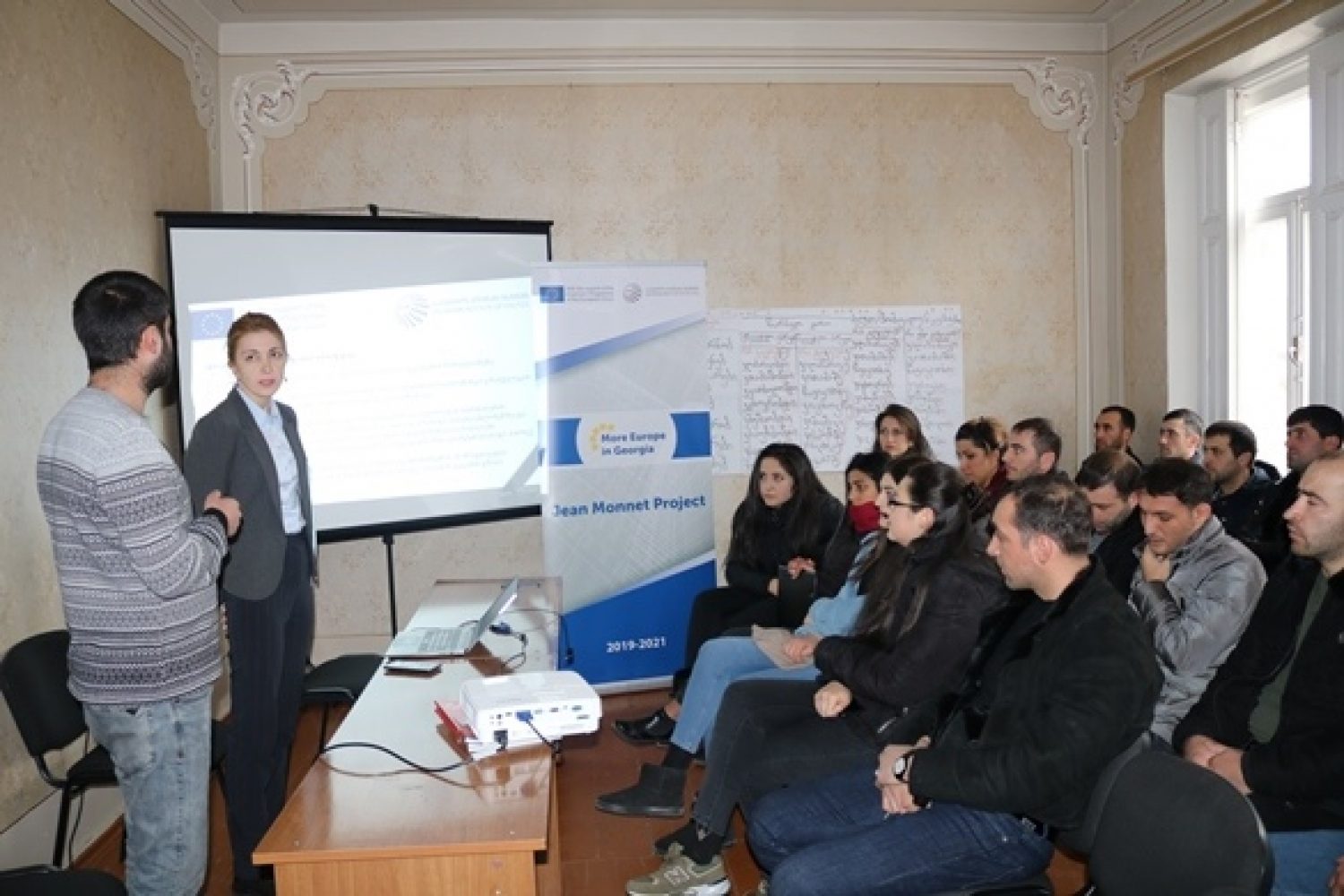 On January 31, 2020, Georgian Institute of Politics (GIP) held the first field meeting within the framework of its Jean Monnet project at the local office of Rondeli Foundation (GFSIS) in Akhalkalaki. The project is financed by the Erasmus+ program of the European Union. The purpose of the meeting was to introduce the project to the ethnic and religious minority groups living in Samtskhe-Javakheti region of Georgia.

Local coordinator – Norik Gasparyan made an opening remark and introduced the GIP project team members Salome Kandelaki and Nino Samkharadze. Salome Kandelaki presented the project goal, objectives and key activities to the audience, which was simultaneously translated by a local coordinator since the majority of the attendees did not know Georgian language. She emphasized the possibility of increasing the engagement of the local ethnic minorities of Samtskhe Javakheti region in the Europeanization process of Georgia. Nino Samkharadze talked about the need of local people’s involvement in the research activities of the project and also their contribution in terms of highlighting the key challenges that they face in the region.

Local participants of the meeting expressed their strong interest towards the opportunities that the project provides through distributing the sub-grants for running pilot-training programs and creating videos within the framework of the project. Moreover, most of them demonstrated readiness to participate in the project working groups.

Two regional news outlets, Jnews and Radio Nor covered the event that will increase the visibility and spread the information about the project among a broader local community. 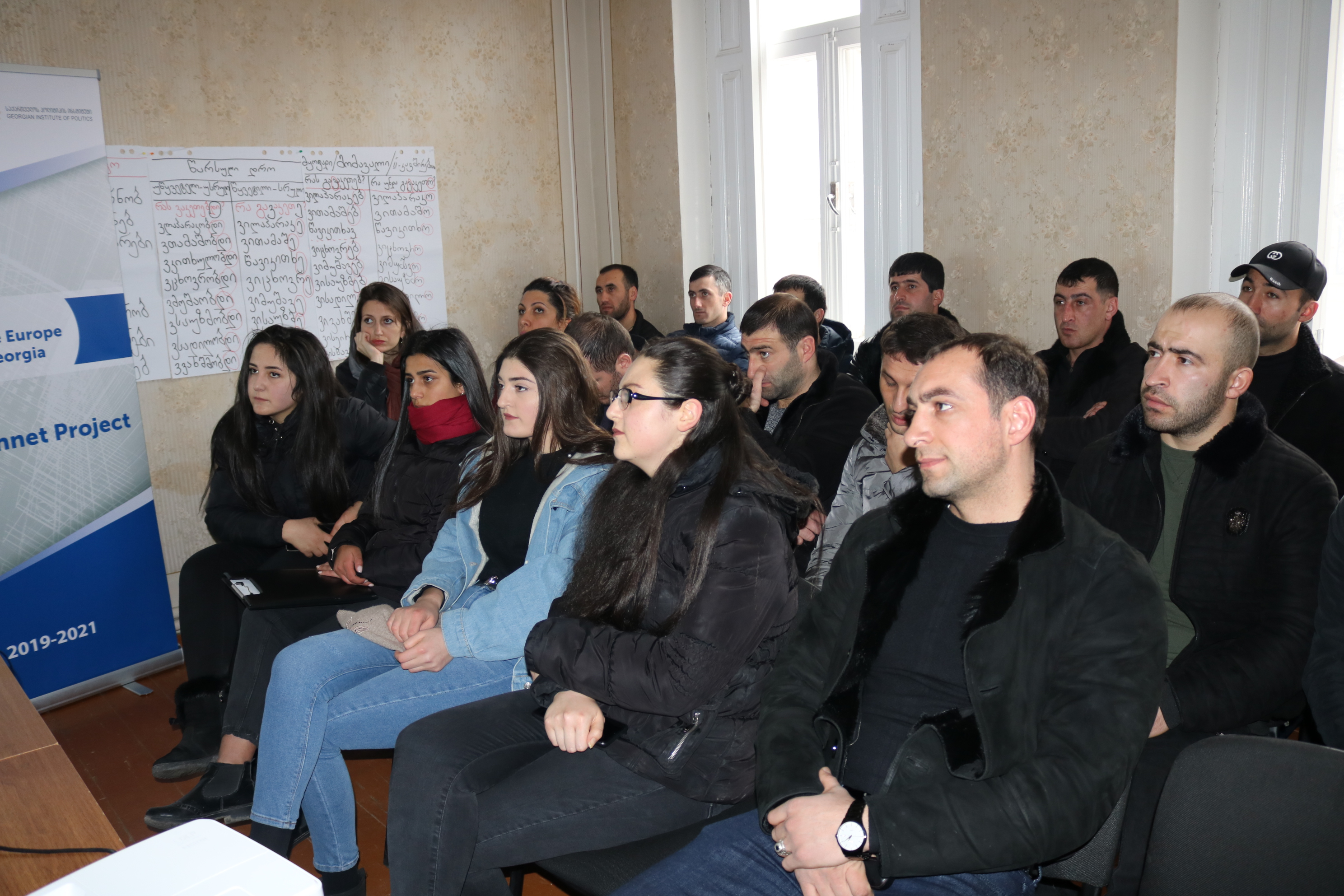