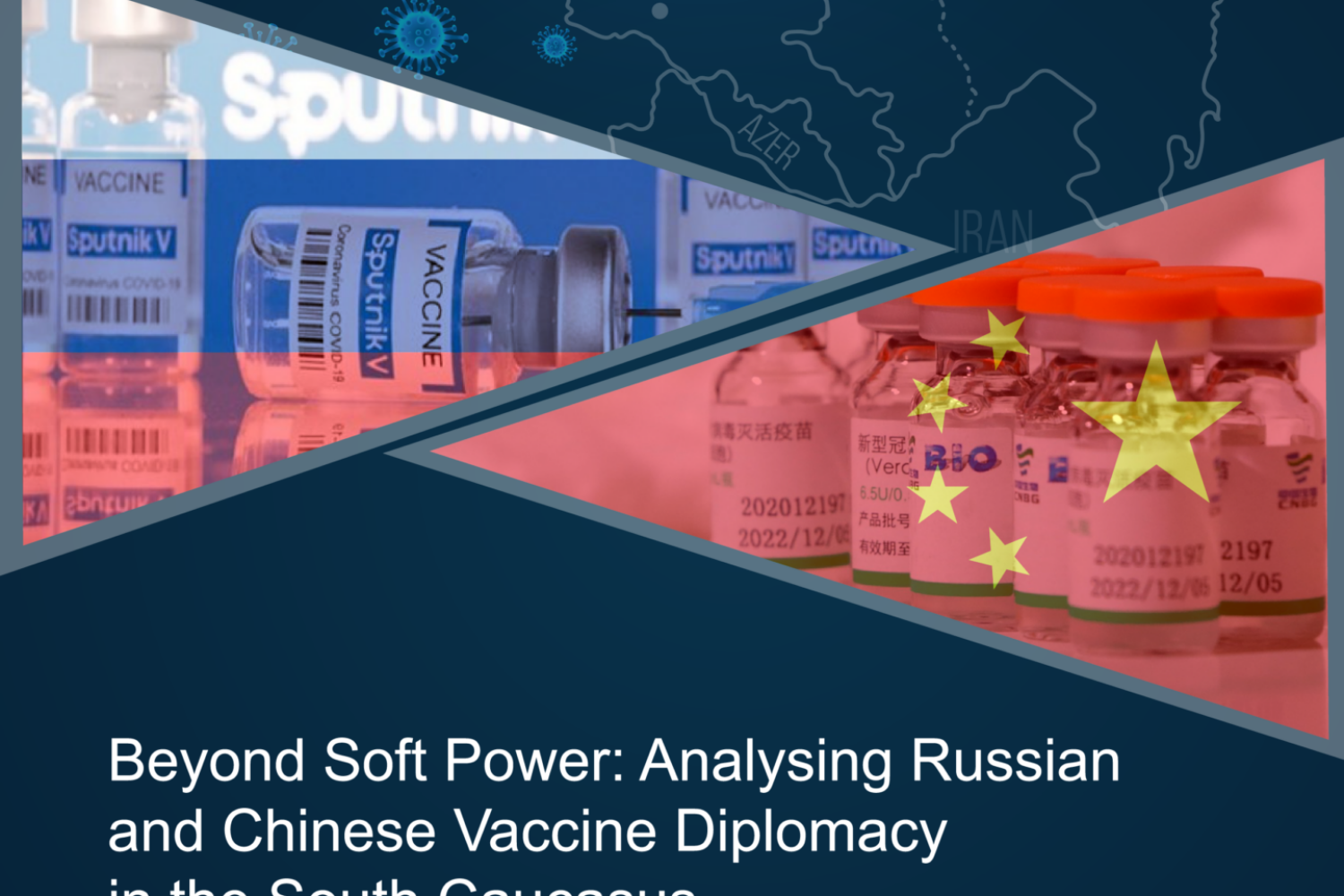 The use of soft power – the abilities of states to influence behavior and attitudes of foreign populations through attraction, rather than through military or economic means (i.e., hard power) – by a number of international actors is not a novel phenomenon and is exercised in various ways targeting societies and countries globally. At the same time, coercive actions such as economic and political influence, and the utilization of sharp power – use of information for hostile purposes – are applied by Russia and China.

This policy paper examines and compares how ‘soft’ and ‘sharp’ power means are utilized by Russia and China in the South Caucasus. Both actors use economic and geopolitical leverage, such as foreign policy and trade priorities when it comes to the export of vaccines. Additionally, both extensively focus on developing countries and push the narrative over the lack of the effectiveness of Western vaccines through disinformation efforts. The paper explores the goals of Russian and Chinese ‘vaccine diplomacy’ and argues that in the current fight for geopolitical influence, vaccine diplomacy has become a key tool in the hands of actors such as Russia and China. Recommendations to deal more efficiently with the possible implications of Russian and Chinese vaccine diplomacy are presented in this paper.